The Daily Mail has unearthed further images and videos of Naz Shah’s anti-Israel protesting that the paper says is proof the suspended Labour MP’s anti-Semitic outburst was anything but a one off.

Last month Naz Shah was suspended from the Labour Party after anti-Israel and anti-Semitic comments were found on her Facebook page from 2014. In her apology, Miss Shah said the posts did not reflect her views and were made when emotions were running high around the Middle East conflict.

However, the Daily Mail has uncovered further information which shows the MP having attended multiple protests against Israel, including a “die in” at a McDonalds. 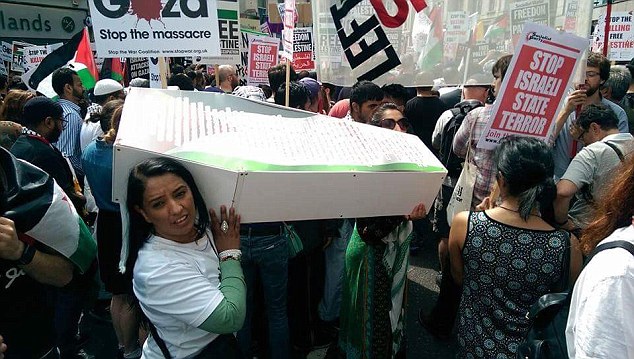 The mother-of-three was part of the Bradford Boycott group that called for action against organisations and businesses that support Israel, for which they claim practices apartheid.

Miss Shah reportedly co-ordinated protests at Sainsbury’s and Tesco over their stocking of Israeli produce and carried a coffin at a pro-Palestine rally where she was filmed chanting: ‘Shame on you.’

Shah also lead a ‘Drive for Justice’ convoy of cars from Bradford to the BBC headquarters in Manchester in July 2014 to protest what the organisation called a protest at the BBC’s biased reporting on 2014’s conflict.

The McDonalds “die in”, in which protesters lie on the floor and ‘play dead’ as if they are dead bodies, was to protest McDonalds alleged support of Israel’s ‘occupation’. 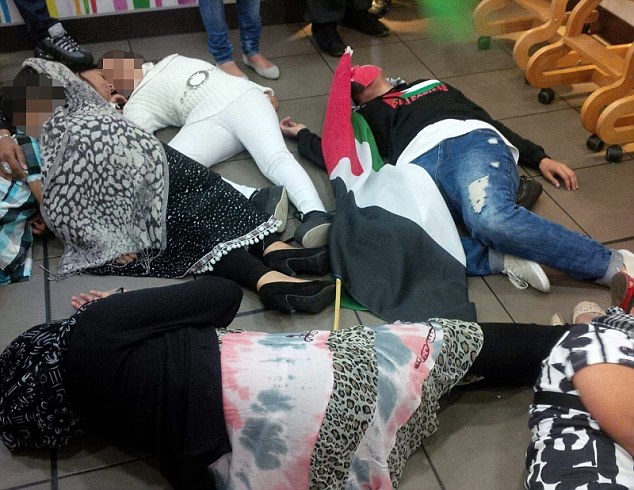 Board of Deputies of British Jews spokesman said that Miss Shah was ‘clearly involved in a lot of unacceptable activities’ but had shown ‘a significant amount of remorse, which, if proven to be genuine, must count in her favour’.

Naz Shah is no longer a member of the Bradford Boycott group and did not respond to the Daily Mail’s requests for comment.