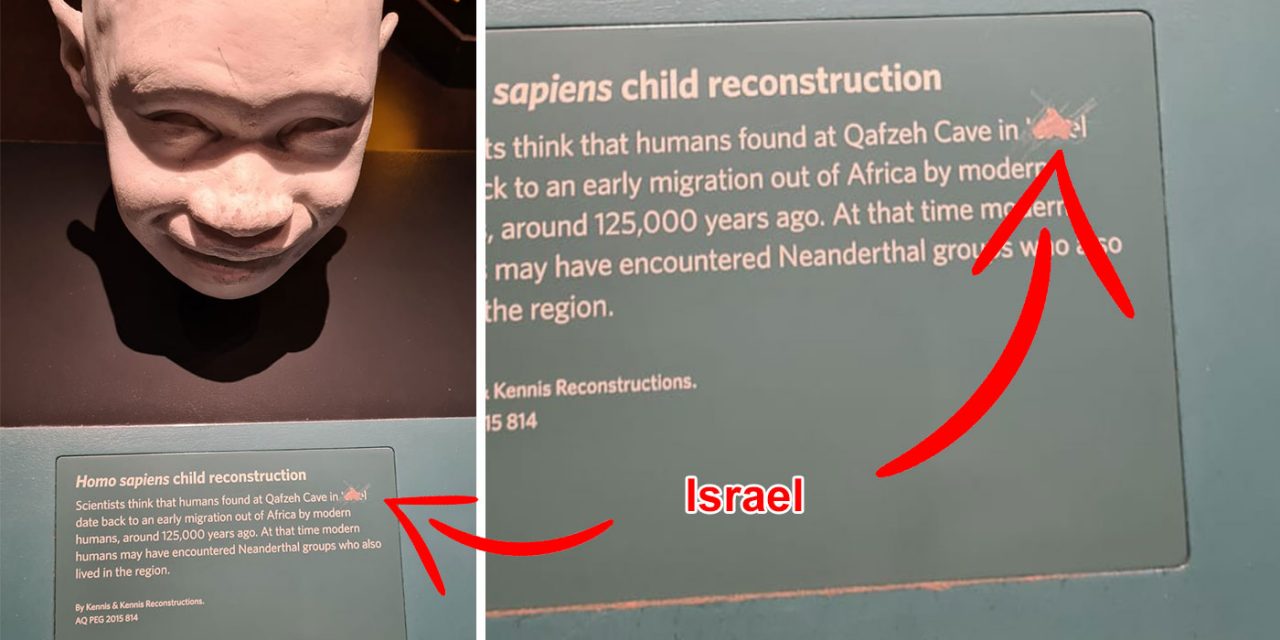 London’s Natural History Museum is investigating vandalism on one of its displays after the world ‘Israel’ was scratched off a plaque.

The exhibit that was vandalised was for the reconstruction of a child’s face from human remains that were discovered in the Qafzeh Cave in Israel. The word ‘Israel’ was defaced to the point where it was no longer legible.

The incident was brought to the attention of the museum by Danny Stone, chief executive of the Antisemitism Policy Trust.

Stone wrote on Twitter: “Imagine being so totally obsessed with, and so hateful of Israel that you would go to the lengths of vandalising a piece of historical, factual, educational material to sate your own political infatuation. I hope [the museum} will act quickly to address this — but am sorry it has to”.

We have just been made aware of this upsetting defacement and will be taking steps to rectify it as soon as possible. Thank you for reporting it.

The Natural History Museum responded to the tweet, saying: “We have only just been made aware of this upsetting defacement and will be taking steps to rectify this as soon as possible”.

According to the Jewish News, a spokesman said that an investigation was underway to see if the museum could identify the culprit.