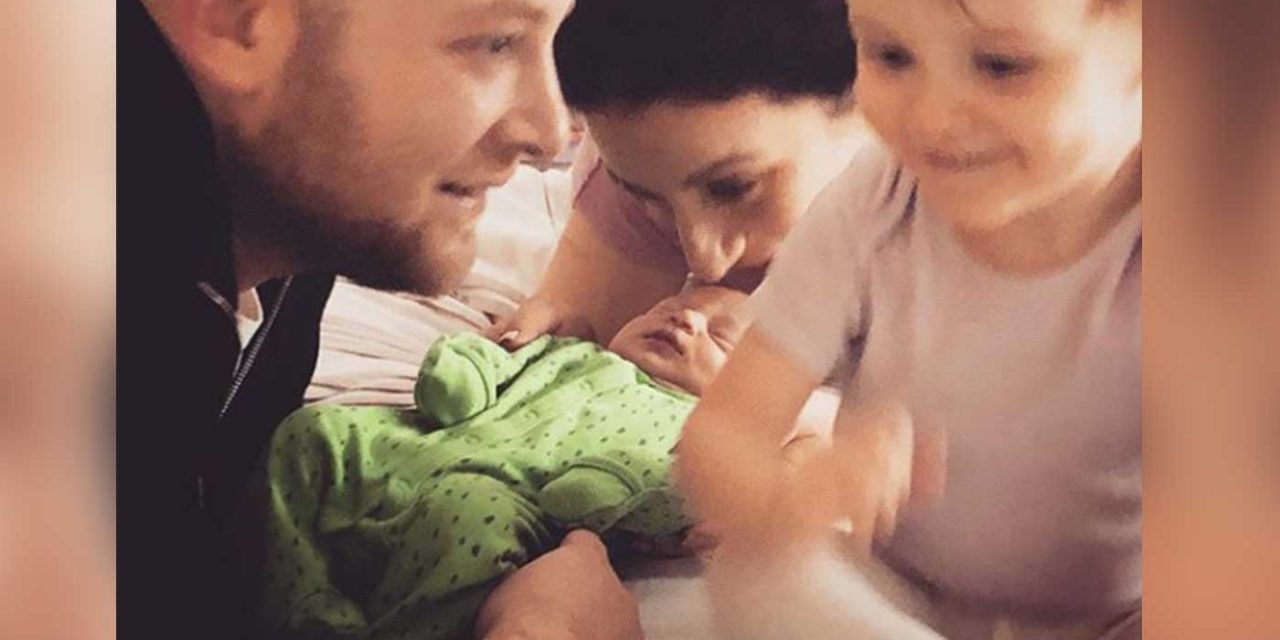 Independent Group MP Luciana Berger has named her newborn son “Zion”, a name that is no doubt likely to rile those who oppose her views on Israel and anti-Semitism.

Zion Benjamin Manny Goldsmith is the second child for Luciana and her husband, Alistair, as well as a younger brother to their nearly 2-year-old daughter Amelie, according to the Jewish News.

Last week, Mr Corbyn and Theresa May both congratulated Ms Berger on the birth of her son during their exchanges at Prime Minister’s Questions in the House of Commons.

Rabbi Sacks tweeted congratulations, writing: “Mazaltov, mazaltov! Wonderful news. May your new son bring you as much pride as you have given us all.

It is not normal for us to comment on the baby names of politicians or celebrities, but in this instance, we thought it was relevant for two reasons.

The Biblical meaning of the word “Zion”

Firstly, it gives us an opportunity to highlight the importance of the word “Zion” to both Christians and Jews.

According to Psalm 87, the word “Zion” is a place that God loves.

“The Lord loves the gates of Zion more than all the other dwellings of Jacob. Glorious things are spoken of you, city of God.” (Psalm 87:2–3)

Zion first took significance when David immediately brought the Ark of the Covenant into the stronghold of Zion, also called the “City of David”. Jerusalem is called “Zion” not just because it is another name, but because it is the city of God’s presence and the city of great hope for His people. (Ps 51:18; Ps 9:11; Ps 74:2)

The Bible explains that Zion was not only where God was present and near to His people, but it became the source of deliverance and salvation (Ps 20:2; Ps 3:4).

Secondly, we thought it was important to cover this story because of the anti-Semitic abuse that Luciana Berger has received, and, sadly, some anti-Semites have even said horrible things against her family, with one threatening the life of her then unborn child Zion.

Ms Berger was one of the seven Labour MPs who quit the party on February 18 to found the Independent Group, explaining that she believed Jeremy Corbyn’s party had become “institutionally anti-Semitic”.

Labour’s deputy leader Tom Watson later said it was on “the worst day of shame in the party’s 120-year history” that “a bright, young, female, pregnant MP was bullied out of her own constituency by racist thugs”.

George Galloway shamed himself by accusing those who highlight anti-Semitism in Labour as using the tactics of chief Nazi propagandist and senior advocate for the Holocaust, Joseph Goebbels. The disgraced former MP chose to single out the only Jewish MP who left Labour, Luciana Berger, visiting her constituency ostensibly to talk to residents and spread these smears.

In 2016, a man who subjected Luciana Berger to an online campaign of anti-Semitic abuse was jailed for two years. Joshua Bonehill-Paine, 24, wrote five hate-filled blogs about Luciana Berger.

The equality watchdog said it believes Labour may have “unlawfully discriminated against people because of their ethnicity and religious beliefs”. And since its inception, it has only ever investigated one other political party, the BNP. For Labour to be listed alongside the BNP is shocking.

When Luciana Berger left Labour she said: “I cannot remain in a party that I have come to the sickening conclusion is institutionally antisemitic.

“It was nearly a year ago that we saw the unprecedented event of a minority community – the Jewish community – taking to Parliament Square to demonstrate against the Labour party.

“And yet since then, despite the mountain of evidence, we have only seen the situation of racism against Jewish people get worse.

“The leadership has willfully and repeatedly failed to address hatred against Jewish people within its ranks.”