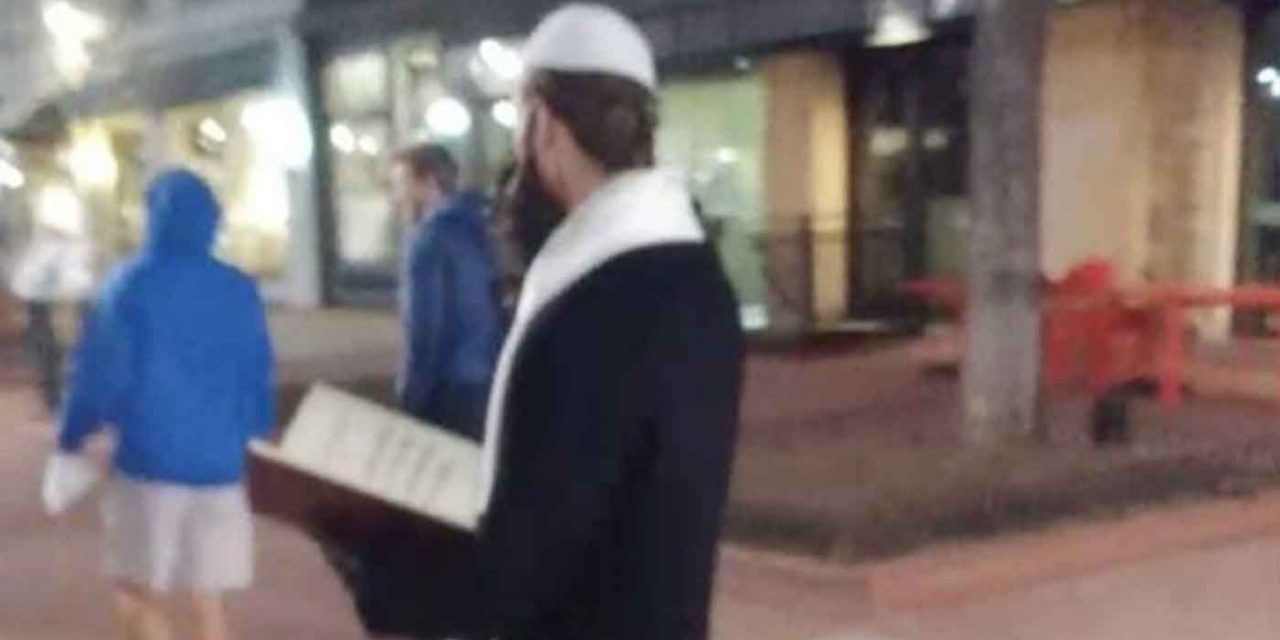 A group of men wearing large white kippas and tallesim handed out fliers promoting Holocaust denial and hung up cards bearing antisemitic canards on a pedestrian mall in Boulder, Colorado.

The men livestreamed their actions, according to the report.

As of Sunday morning, no reports were filed with police about the fliers, Boulder police told the newspaper.