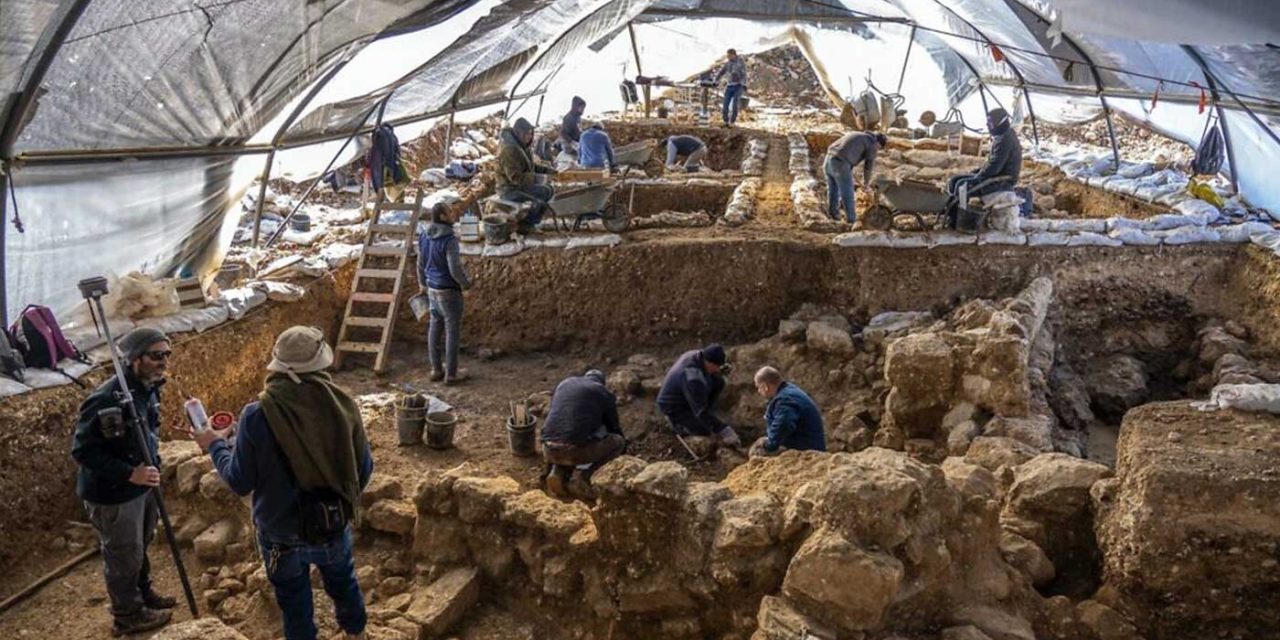 One of the largest collections of royal Kingdom of Judah seal impressions has been uncovered at a massive First Temple-period public tax collection and storage complex being excavated near the new United States Embassy in Jerusalem. The main Iron Age structure is exceptional in terms of both its size and architectural style, said Israel Antiquities Authority archaeologist Neri Sapir, who co-directed the excavation.

Uncovered only three kilometers (1.8 mile) outside the Old City, the compound is believed by Israel Antiquities Authority archaeologists to have served as an administrative center during the reigns of Judean kings Hezekiah and Menashe (8th century to the middle of the 7th century BCE).

Over 120 jar handles stamped 2,700 years ago with ancient Hebrew script seal impressions were discovered at the site, clearly indicating the location’s use as a storage and tax center, according to an IAA press release Wednesday. Prevalent among the stamped inscriptions is “LMLK,” “LamMeLeKh,” or “Belonging to the King,” a way of marking that the foodstuffs stored in the jars had been tithed to the Judean ruler.

This trove of LMLK seal impressions adds to the over 2,000 similar seals previously discovered at excavations and allows archaeologists to rethink the administrative and tax collection systems of the Kingdom of Judah.

It looks like ice cream is back on the menu for Israelis after it was announced this week that Ben & Jerry’s will no longer boycott Israel. Unilever, the parent company of...
Read More
Share
Tweet
Email
More
608 Shares