Malaysian prime minister defends his right to be anti-Semitic 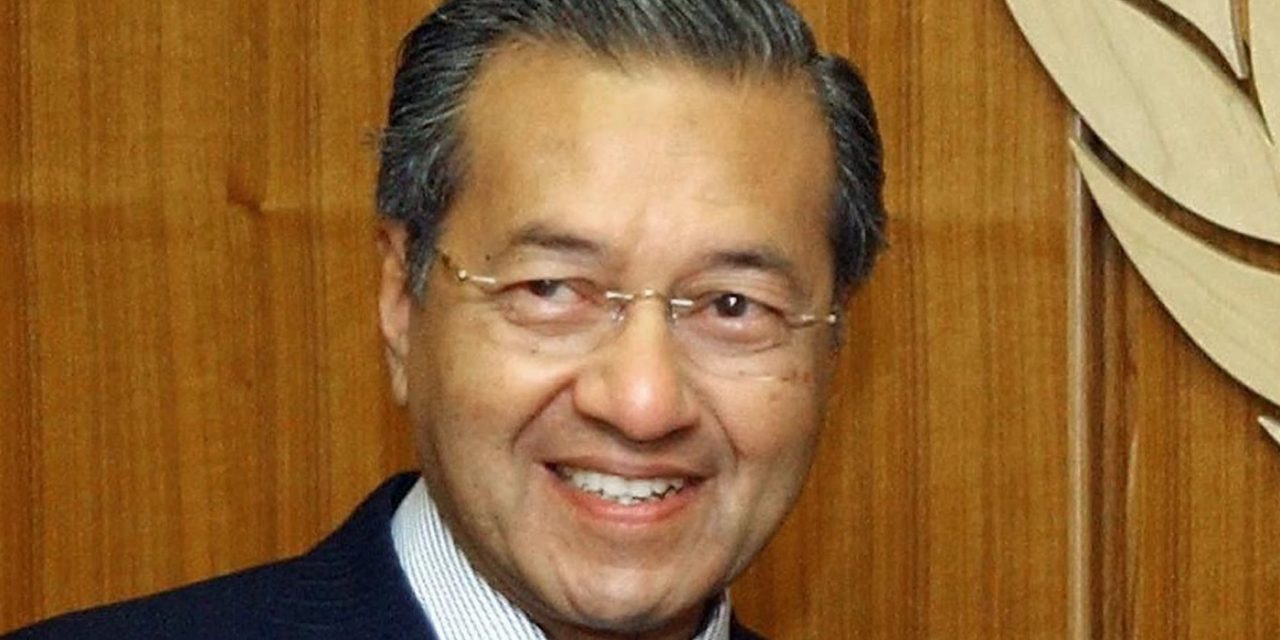 “There is one race that cannot be criticized. If you are anti-Semitic, it seems almost as if you are a criminal,” Mohamad said in an interview with the Associated Press on Monday, denying that he disliked Jews, as such. “Anti-Semitic is a term that is invented to prevent people from criticizing the Jews for doing wrong things.”

“When somebody does wrong, I don’t care how big they are. They may be powerful countries but if they do something wrong, I exercise my right of free speech. They criticize me, why can’t I criticize them?”

Mohamad, an avowed anti-Semite, was sworn in as prime minister in May, nearly two decades after he last held office. He is well known for his anti-Semitic rhetoric, writing on his personal blog in 2012 that “Jews rule this world by proxy.”

In 2003, speaking at the Organization of the Islamic Conference summit in Kuala Lumpur, he said that “1.3 billion Muslims cannot be defeated by a few million Jews. There must be a way. And we can only find a way if we stop to think, to assess our weaknesses and our strength, to plan, to strategize and then to counterattack. We are actually very strong. 1.3 billion people cannot be simply wiped out. The Europeans killed 6 million Jews out of 12 million.”

He has also said, “I am glad to be labeled anti-Semitic […] How can I be otherwise, when the Jews who so often talk of the horrors they suffered during the Holocaust show the same Nazi cruelty and hard-heartedness towards not just their enemies but even towards their allies should any try to stop the senseless killing of their Palestinian enemies.”

He wrote in his 1970 book “The Makay Dilemma” that “The Jews are not merely hook-nosed, but understand money instinctively.”

In 2007, Mohamad was not in office when he announced the creation of a war crimes tribunal that would focus on victims of abuse in Iraq, Lebanon and the Palestinian territories.

At 92, he is the world’s oldest elected leader. He previously served as prime minister from 1981 until 1999.

Despite the controversy surrounding his remarks, he told AP that he didn’t particularly care about his legacy or how he would be remembered.