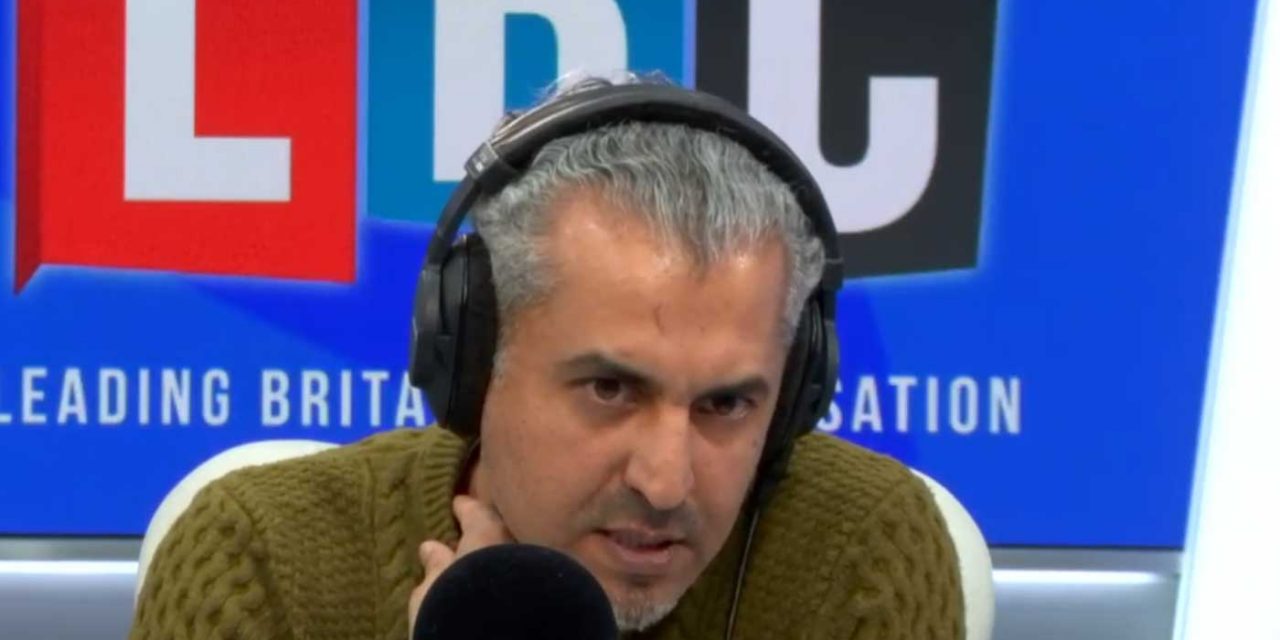 The LBC presenter, Maajid Nawaz, has been taking on anti-Semitism within Labour during his show on LBC radio. Shockingly, whilst live on air, the studio received a death threat saying how Nawaz would be killed.

Maajid said he decided to share the message with listeners to highlight the fear some in the Jewish community feel amid a rise in anti-Semitic hate crimes.

“While live on air whilst speaking I received a very graphic death threat that I posted out on my social media for everybody to see. Because that’s the climate of fear that this kind of racism has led to.”

He explained that it is “graphic in highlighting the way that he will be killed” but that he posted it “because I want people to understand how scared the Jewish communities must feel, who regularly deal with anti-Semitic hate crime incidents on the rise year in, year out.”

Maajid then explained that over the past ten-years anti-Semitic hate crimes have been rising each year in Britain and even worse in France.

“I’m not going to let such intimidation scare me, I’ve been through much worst than that,” he said, before explaining his time in Egyptian prisons is worse than the “keyboard warrior”, referring to the death threat writer, “could ever imagine”.

Maajid defiantly declared that this “petty and cowardly threat to my life will not deter me from speaking up in favour of our minority communities across the board.”

Warning: Some people may find the language below shocking and offensive.

The message he received said, “Maajid Nawaz, you are a Zionist jew! You filled us with great Anger! You are a Zionist Jewish superamacist and Zionist jewish terrorist and posing as a pakistani, you will be silenced! The swords are sharpened and the guns loaded, you interupt the truthful callers and call their truth misinformation, you are trained to misinform and confuse, you have Satanic attitude! You are deeply rotten! You will be smashed with a hammer on the head! you laugh like a hyena! You are a hyena!”

Writing on Twitter, Maajid said: “I was discussing Labour anti-Semitism under Corbyn on LBC today & received this graphic death threat live [sic]. Far worse hasn’t stopped me from speaking my mind & defending our minorities. Let me make this clear: the sender(s) are a bunch of anti-Semitic cowards. We will defeat you.”

I was discussing Labour anti-Semitism under Corbyn on @LBC today & received this graphic death threat live. Far worse hasn’t stopped me from speaking my mind & defending our minorities. Let me make this clear: the sender(s) are a bunch of anti-Semitic cowards. We will defeat you. pic.twitter.com/wCWbJYqd4Q