Lapid in Moscow: “The world needs to stop Iran from getting a nuclear capability, no matter the price” 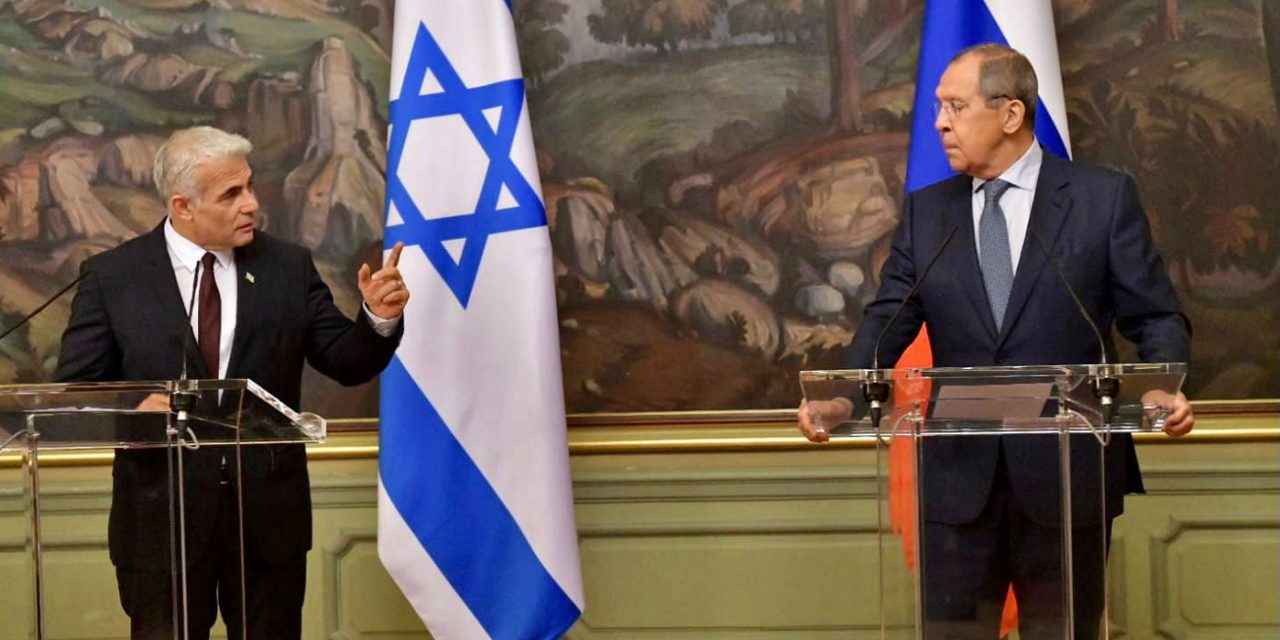 During a visit to Moscow on Thursday, Israel’s Foreign Minister Yair Lapid told his Russian counterpart, Sergey Lavrov, that Iran must be stopped from obtaining nuclear weapons.

“Iran’s march towards a nuclear weapon is not only an Israeli problem, it’s a problem for the entire world,” Lapid said during a press conference following a sit-down meeting with Lavrov. “A nuclear Iran will lead to a nuclear arms race in the Middle East.”

Lapid declared: “The world needs to stop Iran from getting a nuclear capability, no matter the price,” adding, “If the world doesn’t do it, Israel reserves the right to act.”

The Israeli foreign minister, visiting Moscow on a one-day trip, said, “There won’t be stability in Syria, or in the wider Middle East, while there is an Iranian presence.” He called Tehran “the world’s number one exporter of terror.”

He added that Israel “will not sit quietly by while Iran builds terror bases on our northern border or while Iran supplies advanced weapons to terror organizations.” Lapid said while Jerusalem recognizes Moscow’s “key interests in the region,” Israel will “maintain our ability to defend ourselves in the face of threats from Syria and elsewhere.”