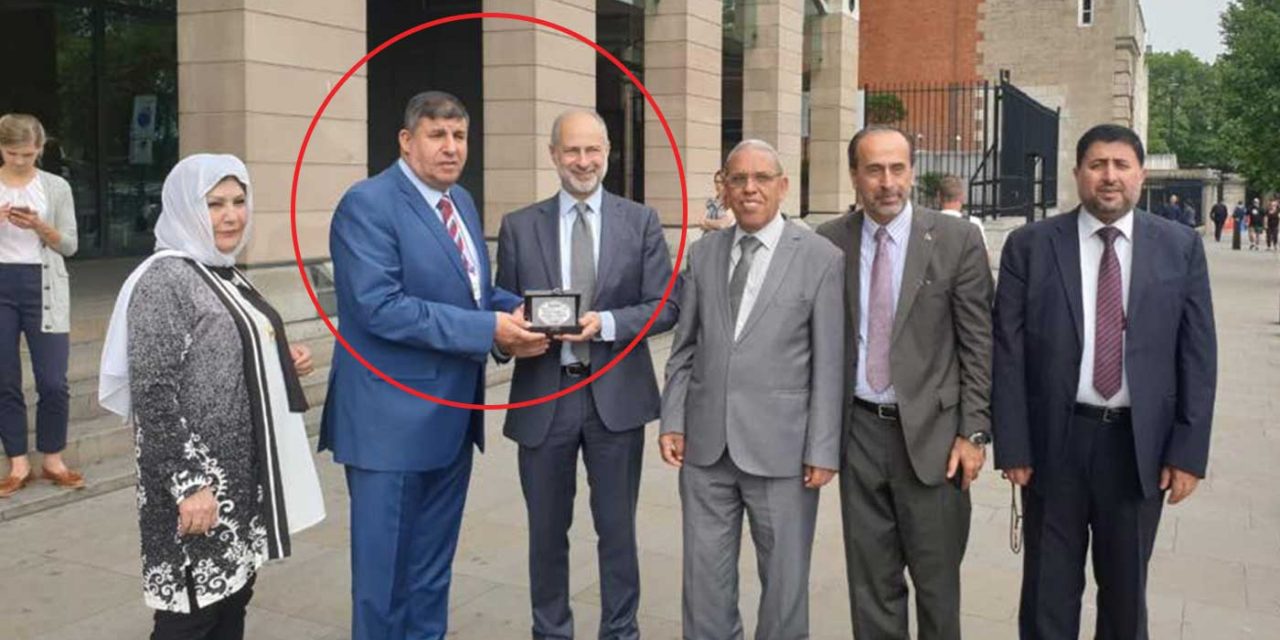 A Jordanian MP who has made virulently anti-Semitic comments was welcomed into the Palace of Westminster last week by a Labour Shadow Minister.

Yahya Al-Saud, who is notorious for praising Palestinian terrorism and calling for the murder of Jews, was greeted at Portcullis House by Labour frontbencher Fabian Hamilton, shadow minister for peace and disarmament.

The controversial Jordanian was ushered into Parliament for a series of meetings, adding fresh fuel to claims that anti-Semitism is not being taken seriously by the party. His visit also prompted campaigners with the Jordanian Opposition Coalition to write to Home Secretary Sajid Javid, questioning why the MP was allowed entry into Britain, the Daily Mail reports.

In a letter to Netanyahu in 2017, Al-Saud wrote: ‘What pains me is this Arab silence towards your [Netanyahu’s] childish behaviour, even though those Arabs could extract this Jewish tumour [Israel] which has occupied the body of Palestine.

‘Be a tyrant as you like [Netanyahu], I swear to almighty God, I and all Muslims know that God shall liberate Palestine at the hands of jihadis in Jerusalem… we are waiting for the day when trees shall call on us saying, “O you Muslim, here’s a Jew behind me, come and kill him.” ’

After meeting Leeds North East MP Mr Hamilton, Mr Al-Saud also spoke with Lib Dem and Scottish National Party (SNP) parliamentarians. He also visited the House of Lords and met with Jenny Tonge, who is often accused of making anti-Semitic remarks as well as being anti-Israel.

Fabian Hamilton said Monday he was not aware of Yahya al-Saud’s “appalling and Anti-Semitic remarks” when he met him and other Jordanian lawmakers in London.

“Being Jewish myself, I am appalled to learn of his remarks and totally reject any suggestion that I somehow support what he said simply because this MP was part of the delegation,” Hamilton wrote in a series of tweets.

He went on to hail Jordan as “a vital ally and good friend of the United Kingdom” and said he sure al-Saud’s views do not represent those of the Jordanian king and government.

In my capacity as Labour’s Shadow Minister for Peace and Disarmament, as well as the Middle East, last week I met with a delegation of Jordanian MPs who represent a wide range of political views. (1/4)

It is not hard to find statements from this Jordanian politician that are anti-Semitic towards Jews and incitement to terrorism. However, getting the Labour party to condemn these views is easier said than done.

Below is a video of Al-Saud inciting children into martyrdom. Shockingly, Labour MP Emily Thornberry, who is Shadow Foreign Minister, was sitting in the front row of this meeting in May 2018.

She wrote a report about it afterwards on Facebook and never said anything about the anti-Semitism expressed by the speakers, including outrageous comments from Mahmoud Abbas who accused Jews of being responsible for anti-Semitism and were condemned by governments and leaders throughout the world.

Eventually, Ms Thornberry issued a statement where she said Abbas’s comments were “anti-Semitic”, but claimed they were not in keeping with the rest of the speeches made at the conference. So, that doesn’t explain the speech below, which Ms Thornberry was also listening to.

Ms Thornberry was part of a delegation of 80 international delegates to the conference, from various countries. They heard the speeches through a translator.

Jordanian MP Yahya Al-Saud Incites to Violence at the Palestinian National Council Session: I Am a Slave to Whoever Teaches Me the Path of Martyrdom

Posted by The Middle East Media Research Institute (MEMRI) on Monday, 7 May 2018