Jerusalem lights up ancient walls in solidarity with coronavirus-hit Italy 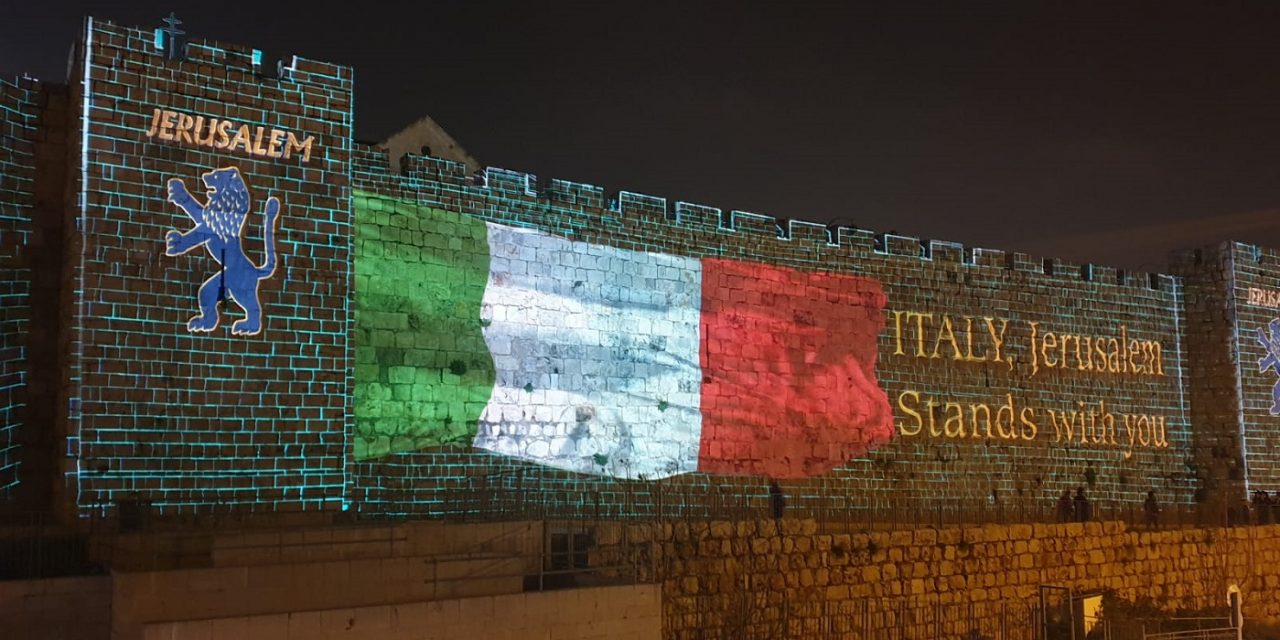 The ancient walls of Jerusalem were lit up in the colour’s of Italy’s flag on Sunday night in solidarity with the people of the European country as it battles against the spread of the coronavirus.

Italy, which has seen the second highest number of cases behind China, had recorded 24,747 cases as of Sunday with 1809 deaths.

During these difficult times, Israel stands with #Italy 🇮🇱❤🇮🇹

The walls of #Jerusalem's old city were lit up in the colors of Italy's flag in solidarity with the 🇮🇹 ppl standing brave in the face of the #Coronavirus crisis.#Italia, Gerusaleme è al tuo fianco!