Israel’s Rivlin to Boris and Charles: “The Almighty is a faithful and merciful healer” 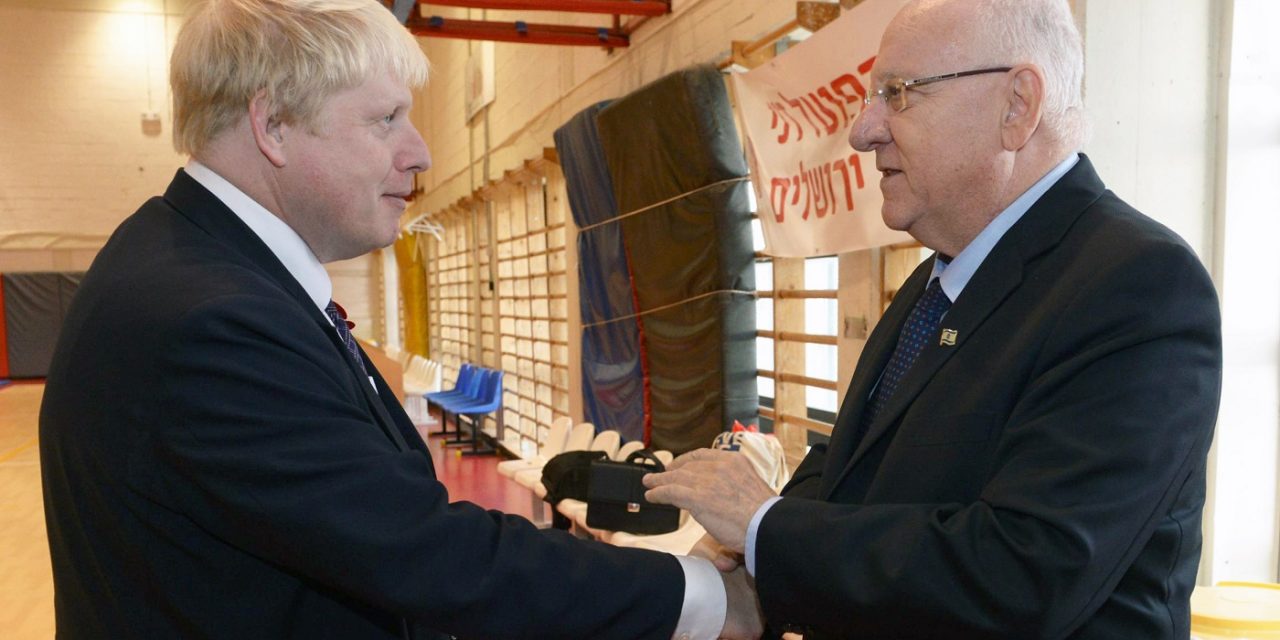 Israel’s President Rivlin has sent his best wishes to Prince Charles and Prime Minister Johnson, who have both been suffering from Coronavirus, and lent support to the United Kingdom during this time.
Speaking with the British Ambassador in Israel, Neil Wigan, President Rivlin wished Charles and Boris a speedy recovery, remarking on the important research cooperation between the two countries.
It has also emerged that Israel’s president has written to both men as well as Monaco’s Prince Albert II, also suffering with COVID-19, in which he told the leaders that “in our daily prayers, we say three times a day that the Almighty is ‘a faithful and merciful healer – Rofe Ne’eman Ve’rachaman Ata’. It seems to me that this prayer has a special significance in these days for peoples.”
Rivlin further wrote that international cooperation was necessary to curb the spread of the virus and vowed that Israel would work together with the global community in finding a solution to ending the pandemic.
“The virus we are facing makes no distinctions for national borders, and international cooperation is vital in fighting it. Although many of us are now in isolation, drawing on our reserves of patience and forbearance, the world has become a smaller place and we gain strength from each other. Together, we will overcome this difficult time,” Rivlin wrote, adding that Covid-19 may be “the greatest challenge of our generation,” and that Israel was “committed to making our fullest contribution to face and defeat it.”
Earlier in the week, the UK’s Foreign Secretary, Dominic Raab, tweeted, “We are working with world leaders and counterparts across the globe as we tackle the coronavirus pandemic. Good discussion with the Israeli PM today on how UK and Israel expertise can help overcome this unprecedented challenge.”

Also in his conversations with the British ambassador this week, the President Rivlin said that at a time when Iran is rightfully receiving the overseas humanitarian aid it needs in light of the situation from some members of the international community, it continues to sow terrorism in Lebanon and Syria and to accelerate its nuclear program. President Rivlin emphasised that the State of Israel will not permit this reality, even in the current circumstances.

A pleasure to meet President @ruvirivlin yesterday to discuss 🇬🇧 🇮🇱 co-operation on #coronavirus And to see the first buds on the tree 🌳 he planted with HRH Prince Charles in January @ClarenceHouse pic.twitter.com/SWqagDttAi

While Iran is receiving the overseas humanitarian aid it needs from some members of the international community, it continues to sow terrorism in Lebanon and Syria and to accelerate its nuclear program. #Israel will not permit this reality, even in the current circumstances. pic.twitter.com/jsnJDmIOs1

On Friday, Netanyahu had wished British Prime Minister Boris Johnson “a full and speedy recovery on behalf of the people of Israel.”