Israeli man killed by friendly fire as IDF shoot attacker trying to stab him. In another incident the IDF thwarted a bomb attack after pipe bombs were found in their food cart in Jerusalem.

An Israeli man was killed by errant IDF gunfire during a Palestinian stabbing attack at the Etzion Junction in the West Bank on Wednesday.

The victim, named as Eliav Gelman, 30, a father of two, and an officer in the IDF military reserves, was taken in critical condition to Shaare Zedek Medical Center in Jerusalem, the Magen David Adom rescue service said, where doctors said he succumbed to his wounds some two hours after the 12:15 attack.

The army confirmed that a Palestinian attacker jumped on Gelman, from the nearby settlement of Karmei Tzur, and tried to stab him.

“IDF forces at the scene responded and in order to thwart the attack fired towards the assailant. Initial investigation suggests that Captain Gelman was injured as a result of the fire,” the army said in a statement. 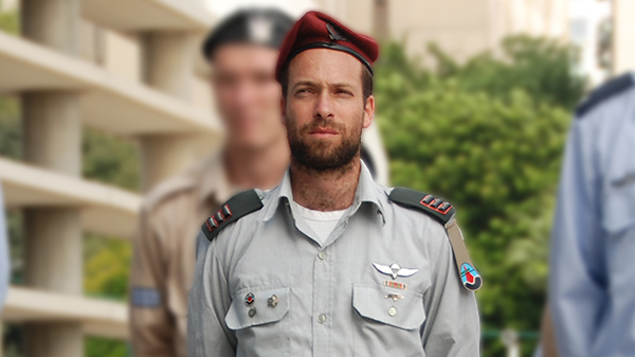 Gelman, an officer in the reserves, was hit by fire from two soldiers, according to reports. It was unclear if he was on army duty while at the heavily guarded junction, which is frequented by Israelis and Palestinians alike.

In the second terror-related incident of the day, a bombing attack was prevented when Border Police caught two Arab men with pipe bombs and ammunition hidden in their food venders’ cart in the Old City of Jerusalem on Wednesday.

According to reports, the two men, both in their forties and hailing from East Jerusalem, were stopped after Border Police noticed suspicious behavior. Their bagel cart was searched and the bombs and ammunition were discovered.

The two men were arrested and a police sapper was brought in to defuse the home-made explosive devices. No one was injured.

The arrests took place at Herod’s Gate, where the two men had stationed their food cart.