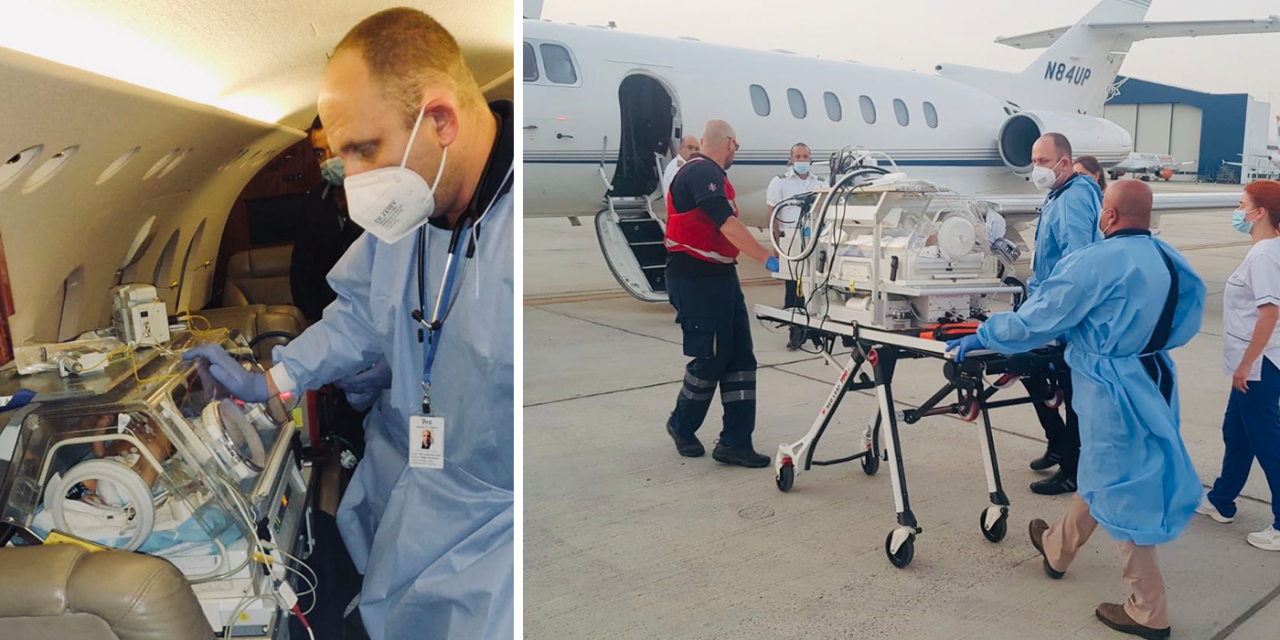 A 10-day-old Syrian baby boy was flown into Israel from Cyprus on Thursday morning for an emergency procedure to correct a congenital heart defect, according to the Sheba Medical Center.

The infant received the surgery and was moved to a recovery ward, on a respirator, later in the day, a spokesman for the Ramat Gan hospital said.

Israel’s ambassador to Cyprus, Sammy Revel, said the baby had been taken by emergency air ambulance to Israel for a heart operation at the Sheba Medical Center and that the operation showed “vital cooperation” between Israel and Cyprus. The transfer was specially approved by the Israeli government.

“Praying for full recovery and health,” he added.

The baby is said to be recovering with their father staying at the hospital until doctors determine that the child is was well enough to travel, which will likely take several weeks.

Israel’s medical centres are renowned around the world, particularly Sheba, often ranked as one of the top hospitals in the world, performing life-saving surgeries on people from around the world. It is believed this was the first emergency operation carried out since the COVID-19 pandemic gripped the world.

Try and convince me they hate us pic.twitter.com/wgCFAF8dbz