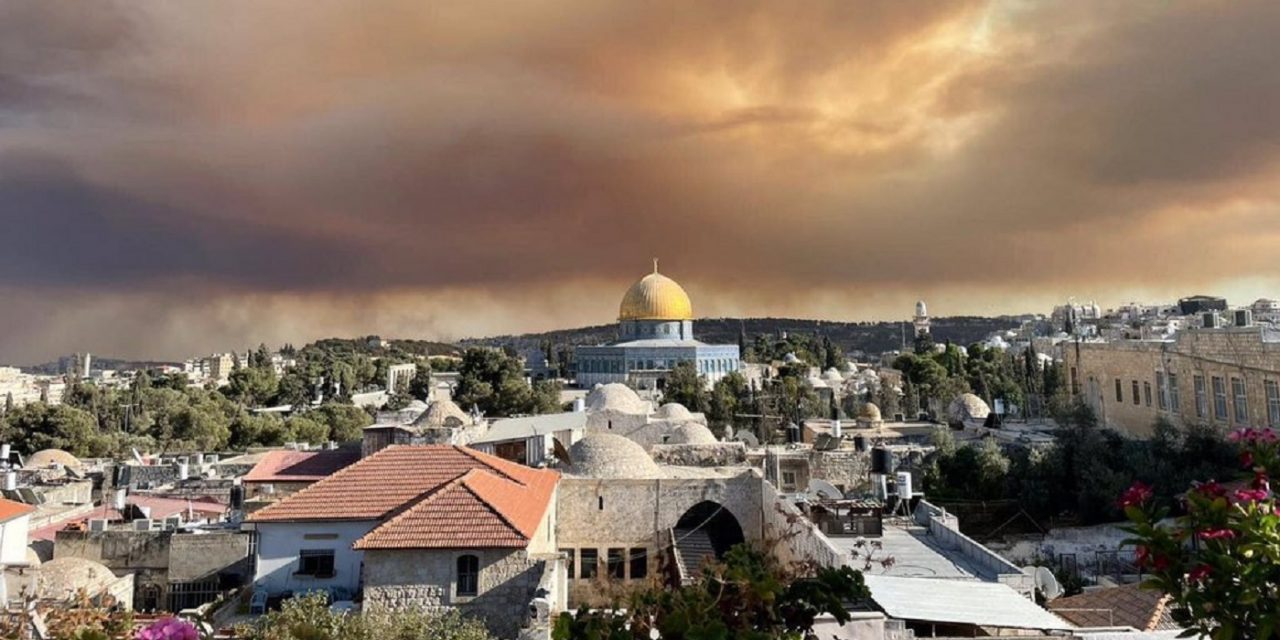 At least 10,000 people near Jerusalem were forced to evacuate on Sunday evening after one of the biggest wildfire outside Israel’s capital in recent years.

Firefighters continued to battle blazes on multiple fronts west of Jerusalem for a second day on Monday as strong winds caused the fire to continue to spread rapidly, forcing hundreds of local residents to evacuate their homes.

Israel Fire and Rescue Services declared a general call-up on Monday afternoon to concentrate efforts to fight the growing fire.

Some 10 firefighting aircraft and large numbers of firefighters are working to stop the flames. Israel Police evacuated the first line of houses in the town of Sho’eva as the fire neared the town on Monday afternoon.

Images on social media on Sunday showed skies surrounding Jerusalem glowing orange as a result of the fires. High temperatures and strong winds helped the fire spread fast to the west of the capital.

The huge forest fire west of Jerusalem now.Thousands are being evacuated from the villages and communities in its path.10 fire fighting planes and firemen from across the country are battling the blaze thats out of control. pic.twitter.com/6QvcOruVjL

Hundreds of firefighters and homeowners struggled to bring a wildfire under control in Jerusalem.

Huge fire some 15kms from Jerusalem has darkened the skies of the capital. Credit to pictures unknown pic.twitter.com/yJko9Ty53U