Israel arrests radical Islamic leader who was praised by Corbyn 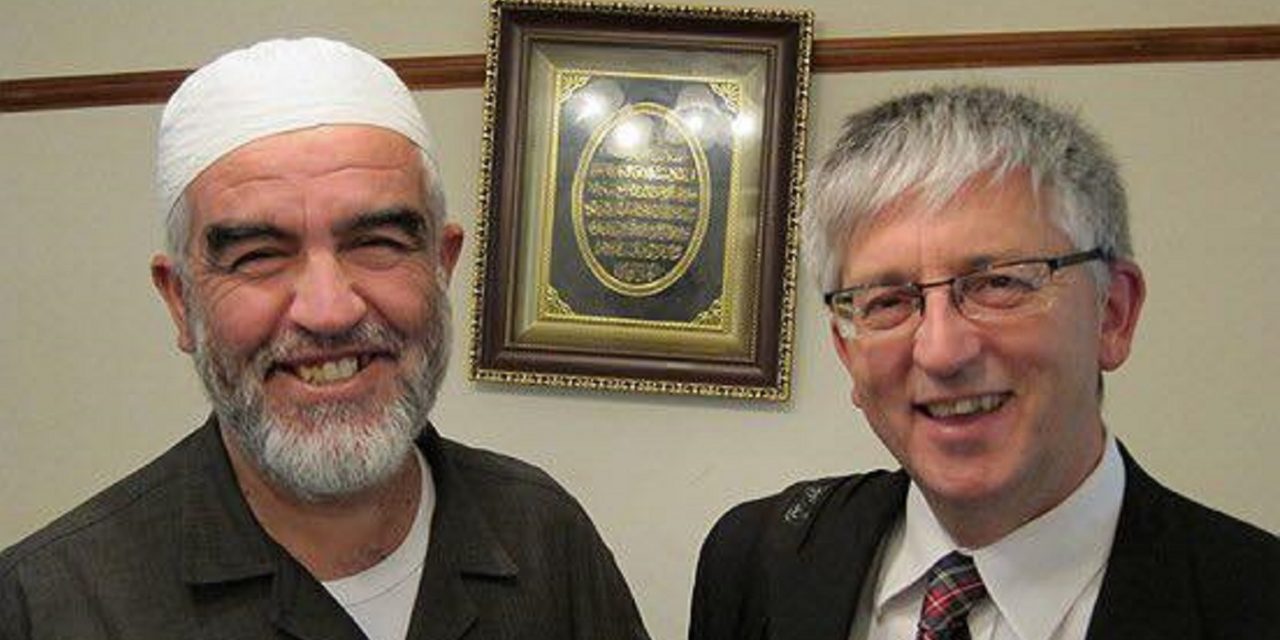 Israeli police have arrested a radical Islamic cleric on suspicion of inciting violence and involvement in an outlawed organization.

Raed Salah (pictured with anti-Israel vicar Stephen Sizer in Tehran) was hailed by Labour leader Jeremy Corbyn (see below) and is the head of the northern branch of the Islamic Movement in Israel. He was questioned for allegedly supporting and inciting violence and terrorism, police said. Israel outlawed his group in 2015. Later, a court extended Salah’s detention until Thursday.

Salah completed a nine-month prison sentence in January for “incitement to violence” and “incitement to racism.” He has had repeated run-ins with Israeli authorities and was previously imprisoned for funneling money to Hamas, the Islamic militant Palestinian group that rules the Gaza Strip.

Salah told reporters in the courtroom that his arrest was part of a political witch hunt against him.

Israeli media reported that Salah was arrested for remarks delivered in a speech last month at the funeral of three Arab-Israeli gunmen who killed two police officers at a contested Jerusalem holy site. In the speech, he praised the attackers and exhorted others to follow their example.

Israel’s Public Security Minister Gilad Erdan told Israel Radio that Salah is “a danger to the public” for encouraging “radicalism and despicable acts of murder,” while Arab-Israeli lawmakers called for his immediate release.