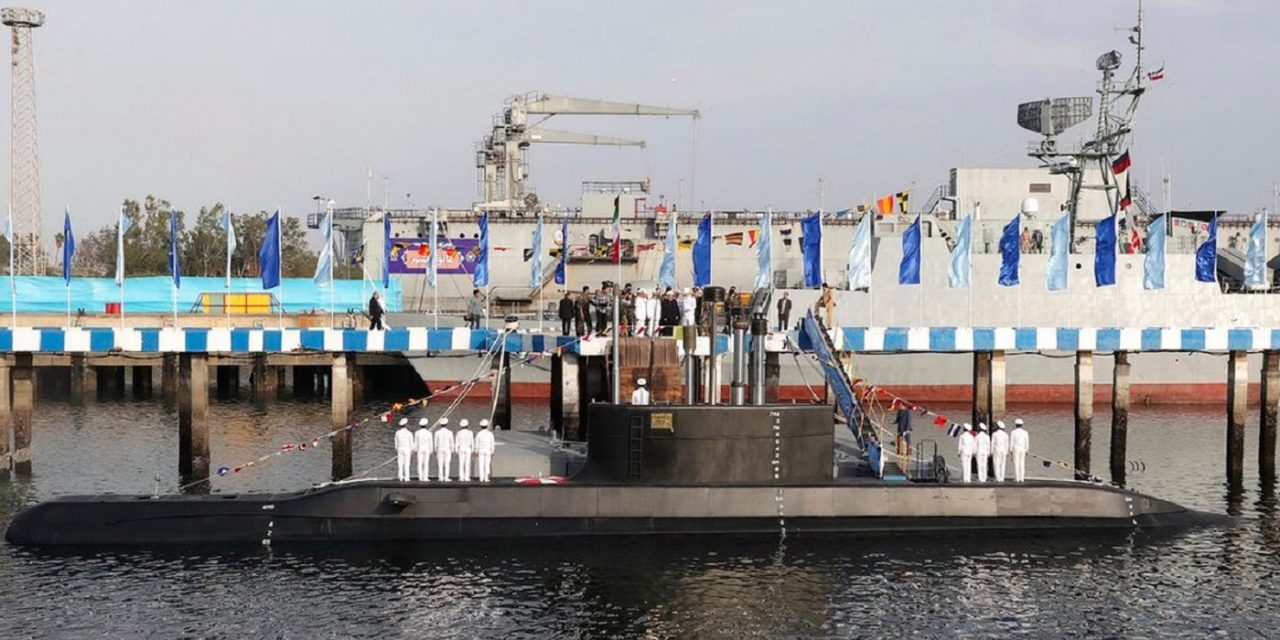 The Fateh “Conqueror” submarine weighs 600 tonnes, Press TV said, adding that it “enjoys state-of-the-art weaponry, including torpedoes, naval mines, and cruise missiles that could be launched from a submerged position.”

“From this moment, the Fateh Submarine joins Iran’s naval force with my order,” Rouhani said in a ceremony broadcast that comes a week after Iran marked the 40th anniversary of the Islamic revolution in Iran. Celebrations saw the test firing of a new long-range cruise missile with the range of up to 2,000 km (1,250 miles), which puts Israel and US military bases in the region within reach. The regime also unveiled a ballistic missile of 1,000 kilometers (620 miles) a few days later.

US President Donald Trump pulled out of a 2015 nuclear agreement between Iran and six powers last May and reimposed sanctions on Tehran.

He said the deal was flawed because it did not include curbs on Iran’s development of ballistic missiles or its support for proxies in Syria, Yemen, Lebanon, and Iraq.

Iran has developed a large domestic arms industry in the face of international pressure and embargoes that have barred it from importing many weapons.