Iran launches new festival to celebrate “imminent collapse of Israel” – is it coming to the UK? 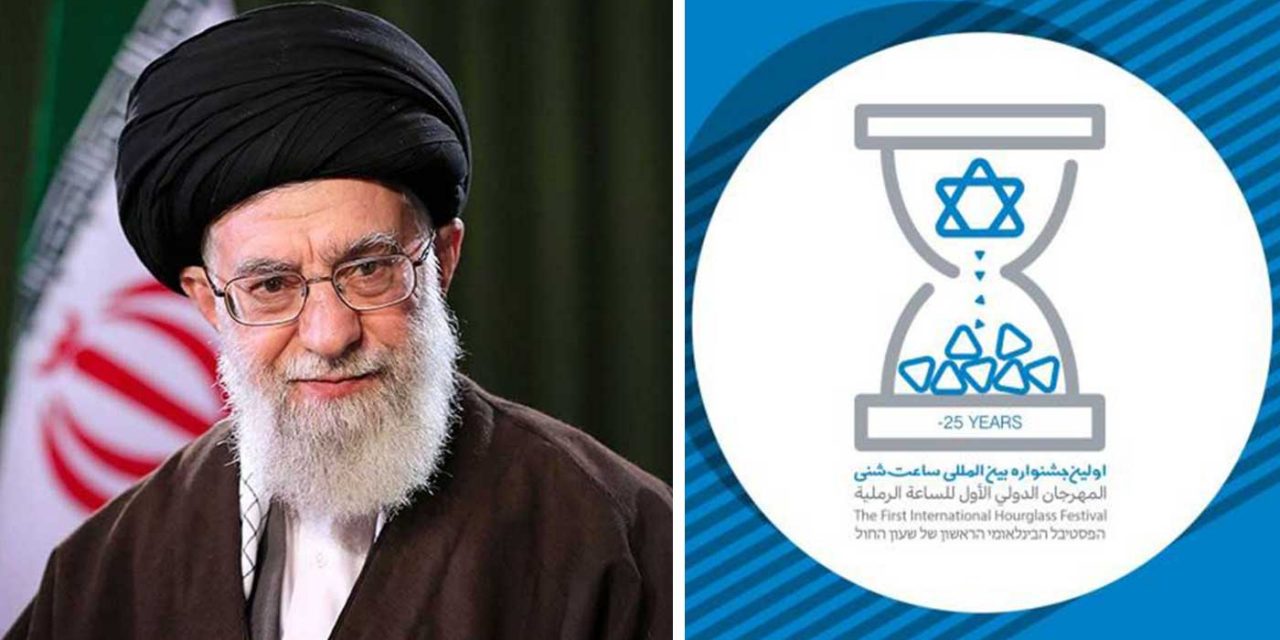 The Islamic Republic of Iran is making plans for its first ever “International Hourglass Festival”, which celebrates the “imminent collapse” of the Jewish state.

The “hourglass” was chosen apparently to represent the time ticking down before Israel’s supposed demise. The imagery of the event includes variations of hourglasses with a disintegrating Star of David inside. The words “25 Years” also appear, which is an apparent reference to the predictions made by Iran’s Supreme Leader, Ayatollah Ali Khamenei in 2016 and reiterated by Major General Abdolrahim Mousavi in 2017 that Israel would be destroyed in 25 years.

Festival organisers held a press conference in Iran on Tuesday, 27 February 2018. Hossein Amir-Abdollahian, who works with the Speaker of Iran’s Parliament and heads up the festival, said the event is intended as a celebration of the imminent collapse of the “Zionist regime of Israel”.

According to the festival’s official website, the event “was formed with the aim of collecting and introducing anti- Zionism productions of justice supporters, monotheists and Muslims all over the world in order to disclose the beastly and anti-human rights measures of Zionist occupier regime and its supporters particularly USA and damned Wahabism.”

The festival contains a number of competitions, from drawing pictures, cartoons and comic strips to making short films and documentaries. As this is the regime who runs an anti-Semitic cartoon competition every so often, there will no doubt be entries (and possibly winners) which are anti-Semitic.

According to the website, the event is scheduled for the 30 December, however, Arutz Sheva reports that it will take place in April.

Organisers claim some 2,400 anti-Israel NGOs around the world have agreed to promote the event globally. This means we could be seeing support for the event in the United Kingdom.

For now, there are no UK based groups who have promoted the event or expressed a desire to hold this event in the UK, however it is early days. Each year the Islamic Human Rights Commission (IHRC) holds a host of anti-Israel events including the notorious Al Quds Day event in London, which was started by and supported by Iran. We may well see activity regarding the “International Hourglass Festival” from them. We will wait and see.