“If it wasn’t for the British Army, I wouldn’t be here” – Holocaust survivor reunited with liberator for 75th anniversary of VE Day 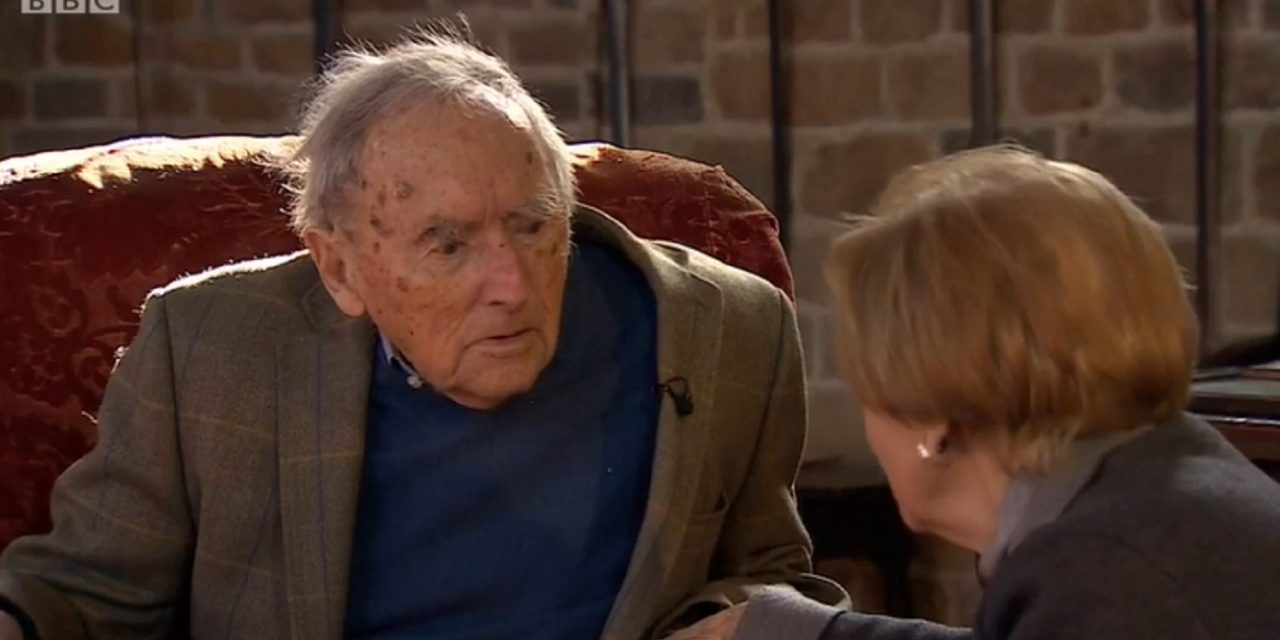 Holocaust survivor Mala Tribich was reunited with one of her liberators from Bergen-Belsen, to mark the 75th anniversary of VE Day.

Nathaniel Fiennes, 99, whose formal title is the 21st Lord Saye & Sele, welcomed the 89-year-old survivor into his estate earlier this year, before lockdown was imposed.

Aged just 24 when he was sent with his regiment to liberate Belsen, he said in the camp’s barracks “it was impossible to tell if people were dead or alive.” More than 50,000 were estimated to have died at the site.

Embracing the former army officer, Mala said all liberators were “so special”.

“I’m just so pleased to meet you. I really feel I owe my life to you. If it wasn’t for the British Army, I wouldn’t be here.”

The Telegraph reported that the ex army officer, who will be 100 in September, said he was ready “to grovel before [her], because I have such a respect and admiration for her. She is the most remarkable lady… all those survivors are.”

Karen Pollock, Chief Executive of the Holocaust Educational Trust, said: “We were delighted to arrange this very special meeting between Bergen-Belsen survivor Mala Tribich MBE and British liberator Lord Saye & Sele. Lord Saye & Sele is 99 and was thrilled to meet Mala who he described as a “remarkable lady”.

Mala said their meeting was one of the most meaningful things she had ever done.”

I am proud that we were able to shine a spotlight on our important cause at a time when the whole country came together to remember 75 years since the end of the Second World War. The Holocaust is a crucial part of this history and the story of our country.”