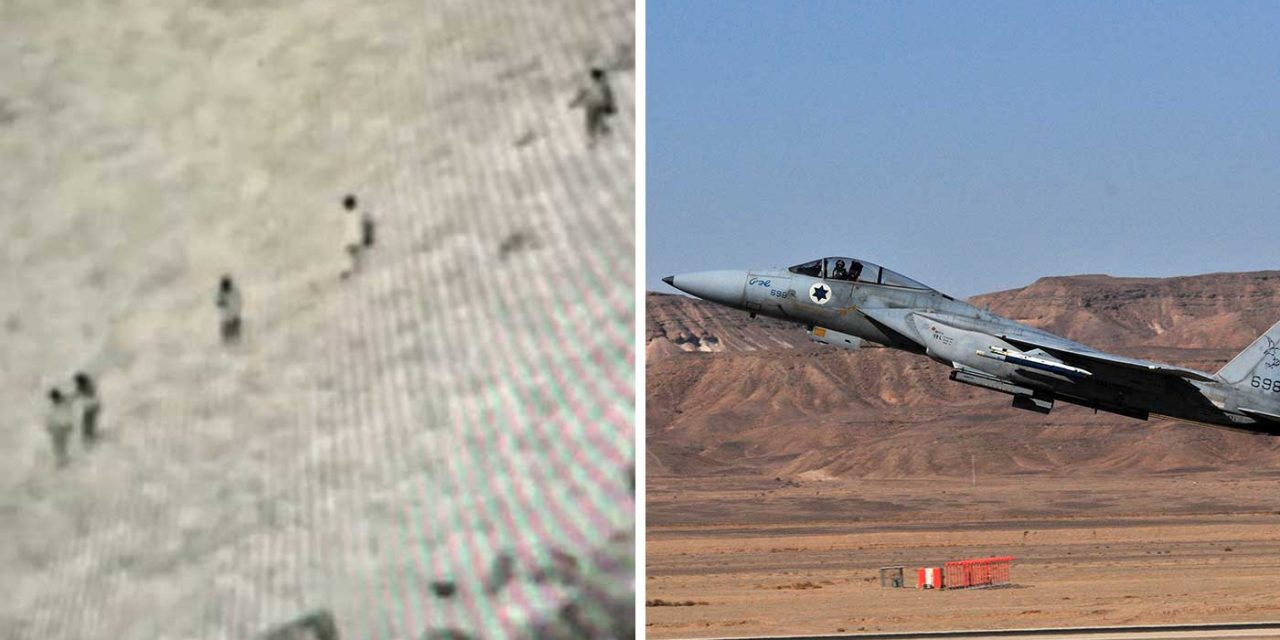 An IDF aircraft on Wednesday night fired towards several armed ISIS terrorists in the southern Syrian Golan Heights, killing seven of them.

The IDF Spokesperson explained in a series of tweets:

“Last night, the IDF tracked 7 armed suspects identified as terrorists most likely affiliated with ISIS. Their movements were tracked in the southern Golan Heights near the area of the triangle of Israel, Jordan, and the DMZ of Syria. An IDF aircraft struck the 7 terrorists.”

“IDF troops completed a search today where the 7 bodies were located, and in the same area the following was found: five AK-47 assault rifles, explosives, and what appear to be grenades.”

“The IDF holds the Syrian regime responsible for everything that takes place within Syria and all violent acts or threats aimed at Israel from Syria. The IDF stands by the 1974 Separation of Forces Agreement, which ended the Yom Kippur War and is still in effect today.”