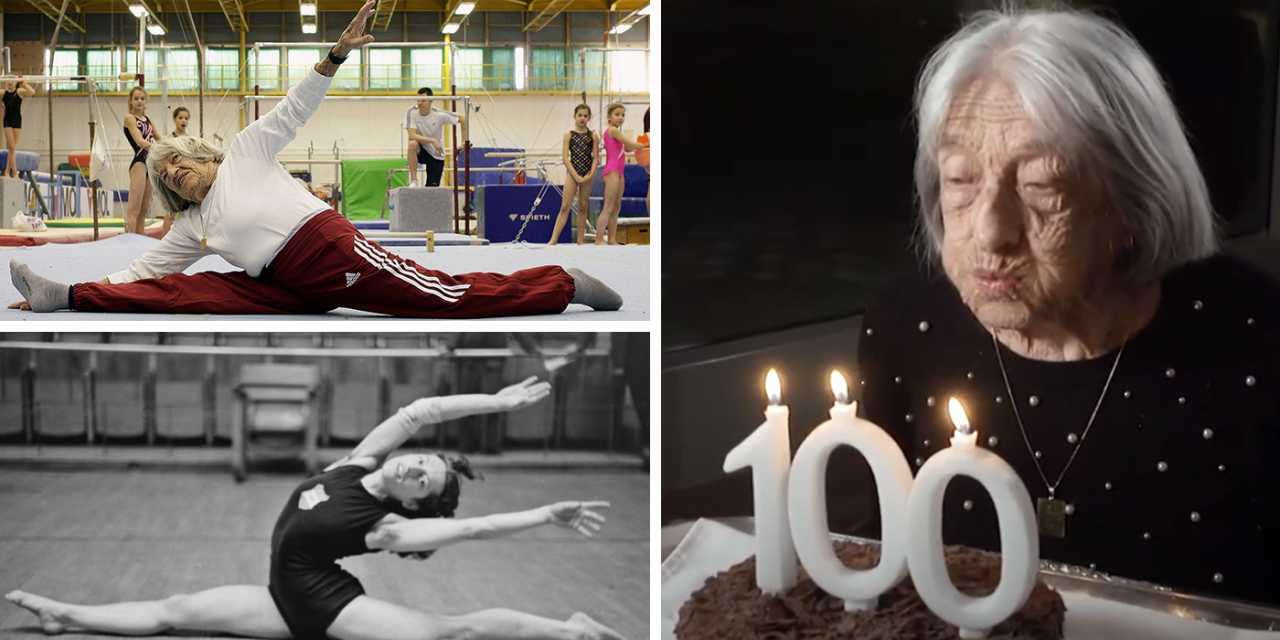 The Holocaust survivor and winner of 10 Olympic medals in gymnastics — including five golds — celebrated her 100th birthday on Saturday in her native Budapest, Hungary. Keleti is a Hungarian-Israeli and lived in Israel for over fifty years.

At a celebration for her birthday, Keleti spoke to the AP about her full life. “These 100 years felt to me like 60,” she said.

“I love life,” Keleti said. “Health is the essence. Without it, there is nothing.”

Keleti has recently been advised by her doctor not to do the splits anymore, however, she still advocates living an active lifestyle even at her age.

Keleti, who was born Agnes Klein in 1921, had her illustrious career interrupted by World War II and the subsequent cancellation of the 1940 and 1944 Olympics. Forced off her gymnastics team in 1941 because of her Jewish ancestry, Keleti went into hiding in the Hungarian countryside where she survived the Holocaust by assuming a false identity and working as a maid.

Her mother and sister survived the war with the help of famed Swedish diplomat Raoul Wallenberg, but her father and other relatives perished at Auschwitz, among the more than half a million Hungarian Jews killed in Nazi death camps and by Hungarian Nazi collaborators.

The AP reports that during her birthday celebrations she was leafing through a new book about her life – “The Queen of Gymnastics: 100 Years of Agnes Keleti” – and displayed some of her humour as she read the title out loud in English “The queen of gymnastics” she said, before adding in Hungarian: “That’s an exaggeration.”

According to Wikipedia, Keleti emigrated to Israel in 1957, competing in the 1957 Maccabiah Games, and was able to send for her mother and sister. In 1959, she married Hungarian physical education teacher Robert Biro whom she met in Israel, and they had two sons, Daniel and Rafael. Following her retirement from competition, Keleti worked as a physical education instructor at Tel Aviv University, and for 34 years at the Wingate Institute for Sports in Netanya. She also coached and worked with Israel’s national gymnastics team well into the 1990s. Since 2015, she has lived in Budapest.