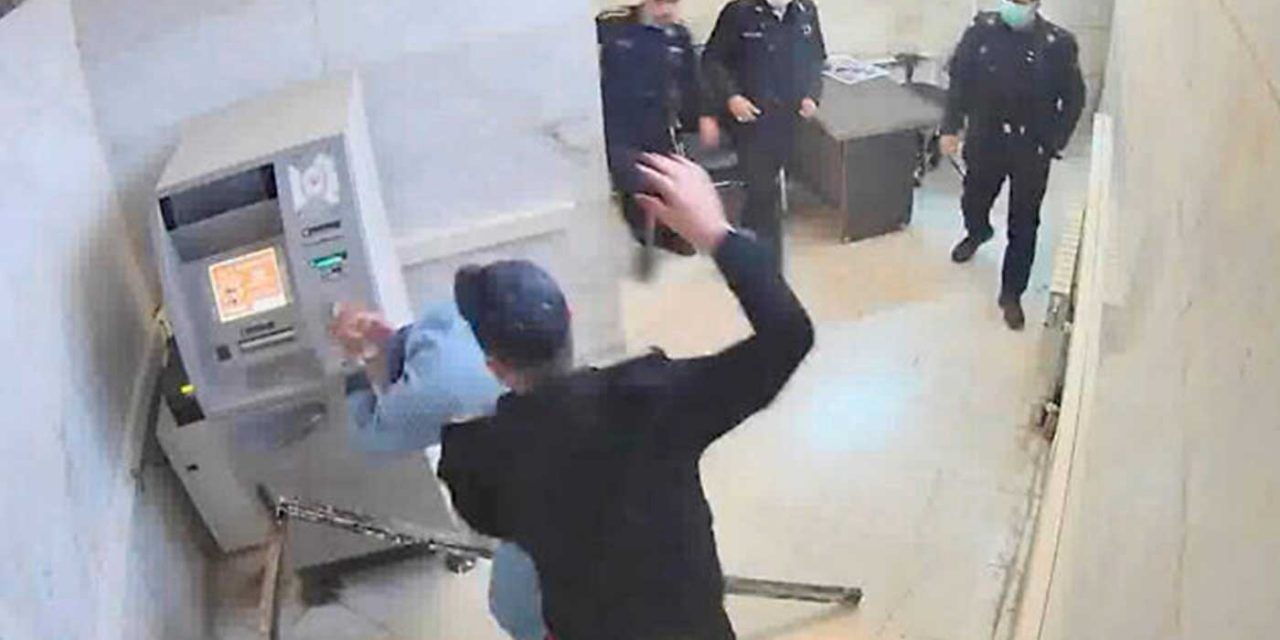 A group of unknown hackers have released footage from inside Iran’s notorious Evin prison that shows the brutality of the prison and how inmates are abused and exploited by the regime’s guards.

In footage reminiscent of a movie, video from inside the prisons control room captures the moment when hackers take over the CCTV system, changing images from the prison to instead show code and messages of “Cyberattack” and “General protest until the freedom of political prisoners”. Prison guards can be seen frantically making calls as their systems are taken over.

The hack was carried out by a group calling themselves “Adalat Ali” that shared the footage with the Associated Press.

Adalat Ali said the footage was an effort to highlight the grim conditions at the prison which is known for holding political prisons and foreign nations that the regime can use as bargaining chips in negotiations with the West.

In one part of the footage (which is not shown in this article) a man smashes a bathroom mirror to try to cut open his arm. Prisoners — and even guards — beat each other in scenes captured by surveillance cameras.

Other footage shows inmates sleeping in single rooms with bunk beds stacked three high against the walls, wrapping themselves in blankets to stay warm.

Another scene shows inhumane footage of an inmate being dragged through the prison after they collapse.

“We want the world to hear our voice for freedom of all political prisoners,” read a message from the online account to the AP in Dubai.