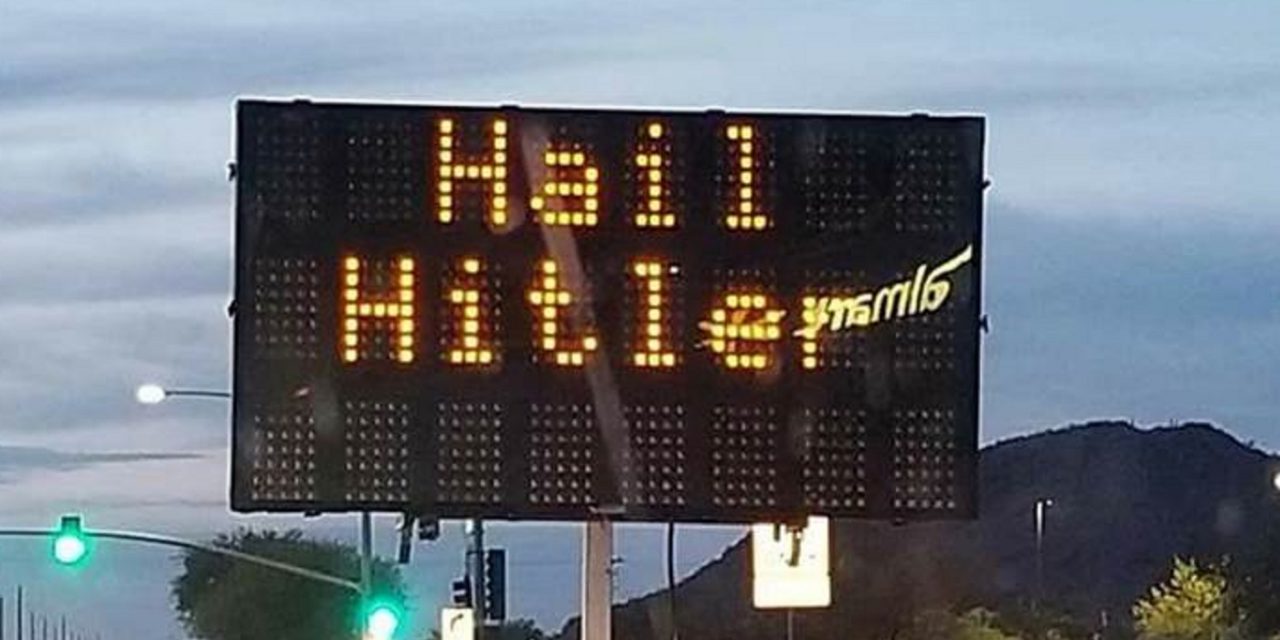 An electronic road sign in central Arizona was hacked to display an anti-Semitic message, but will not be investigated as a hate crime because “no individual victim was targeted”.

The sign in Pinal County early on Friday morning was altered to read “Hail Hitler,” although spelled incorrectly.

The Pinal County Sheriff’s Office received the first call complaining about the sign at about 2:30 a.m.

Officers attempted to turn off the sign, owned by an unnamed private company, but it required a password. County crews covered the sign for several hours until the company could be reached and the sign was turned off, according to the report.

The sheriff’s office said it could not investigate the incident as a hate crime since no individual victim was targeted.