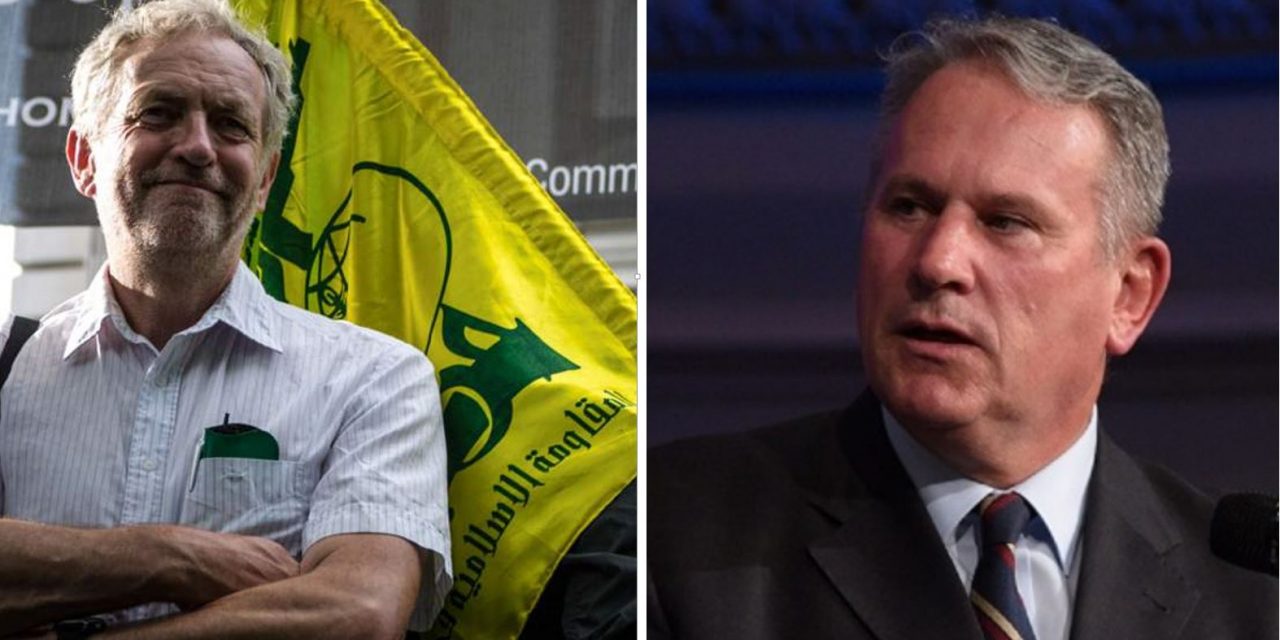 Colonel Richard Kemp, the former commander of the British Army in Afghanistan, has rebuked Labour over its opposition to the Government’s decision to ban Hezbollah, which he describes as the most dangerous organisation in the world.

Tweeting ahead of a statement from Labour, Kemp said, “Corbyn’s Labour Party may oppose full U.K. ban on the most dangerous terrorist organization in the world: Hizballah. Not surprising — they are Corbyn’s friends. This is why he must never be PM & Abbott must never be Home Secretary. Unfit for office.”

The criticism of the Labour leadership by the former Army commander came as the party challenged yesterday’s decision of the Home Office to ban the terrorist group Hezbollah. Shockingly, the statement released Tuesday afternoon called on Sajid Javid to prove the validity of the ban and accused the Home Secretary of banning the group because of “leadership ambitions”.

It was announced this week that Hezbollah was to be added to the list of proscribed terrorist organisations in the United Kingdom, with Home Secretary Sajid Javid releasing a statement on Monday and set to officially announce it in parliament today.

A terrorist group being banned is a good thing in the eyes of most British people. However, the Labour leadership could not let it go without raising a challenge to the decision.

Regarding Hezbollah, the Home Office said, “The government has taken the decision to proscribe Hizballah in its entirety on the basis that it is no longer tenable to distinguish between the military and political wings of Hizballah.”

“Hizballah was established during the Lebanese civil war and is committed to armed resistance to the state of Israel. It continues to amass weapons in direct contravention of UN Security Council Resolutions, putting the security of the region at risk. Its involvement in the Syrian war since 2012 continues to prolong the conflict and the regime’s brutal and violent repression of the Syrian people,” it continued.