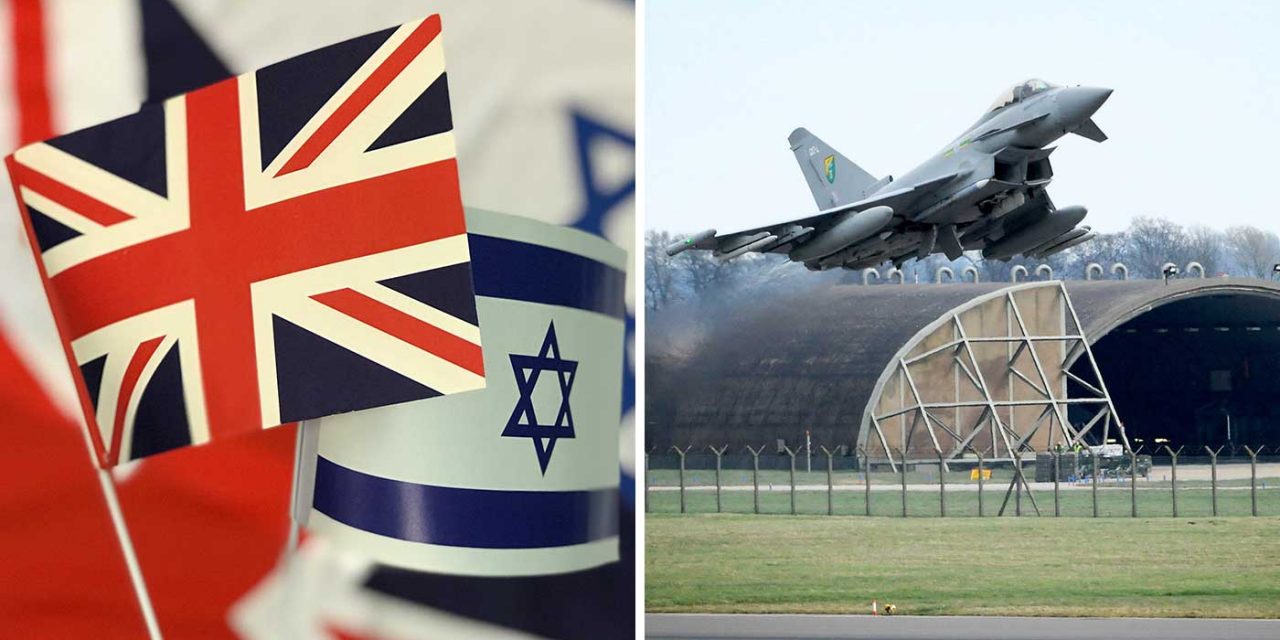 Britain’s RAF (Royal Air Force) and Israel’s IAF (Israeli Air Force) will take part in a joint exercise this September, the first time the two countries have held such an event.

According to Conservative Friends of Israel:

The RAF holds its Cobra Warrior annual joint exercise in September at Coningsby airbase in Lincolnshire, to which this year the IAF has been invited.

The annual event concludes an advanced Qualified Weapons Instructor course where teams of aircraft from different air forces fly with the RAF in simulated combat conditions.

In last year’s event both German and Italian Aircraft took part, and for the 2019 exercise, Israel has been invited.

The IAF holds its own international joint exercise ‘Blue Flag’ every two years in Israel, and the RAF are now expected to take part in Blue Flag 2020. This would be the first time they have trained in Israeli airspace.

Recent Anglo-Israeli defence cooperation includes the sale and subsequent training in the use of Israeli weapons systems, namely the Watchkeeper WK450 drone, the Exactor ground-based missile and the Litening targeting pod carried by RAF Typhoon and Tornado aircraft. The Israeli defence company Elbit is the main partner for the new Military Flight Training System, which trains all new RAF pilots.