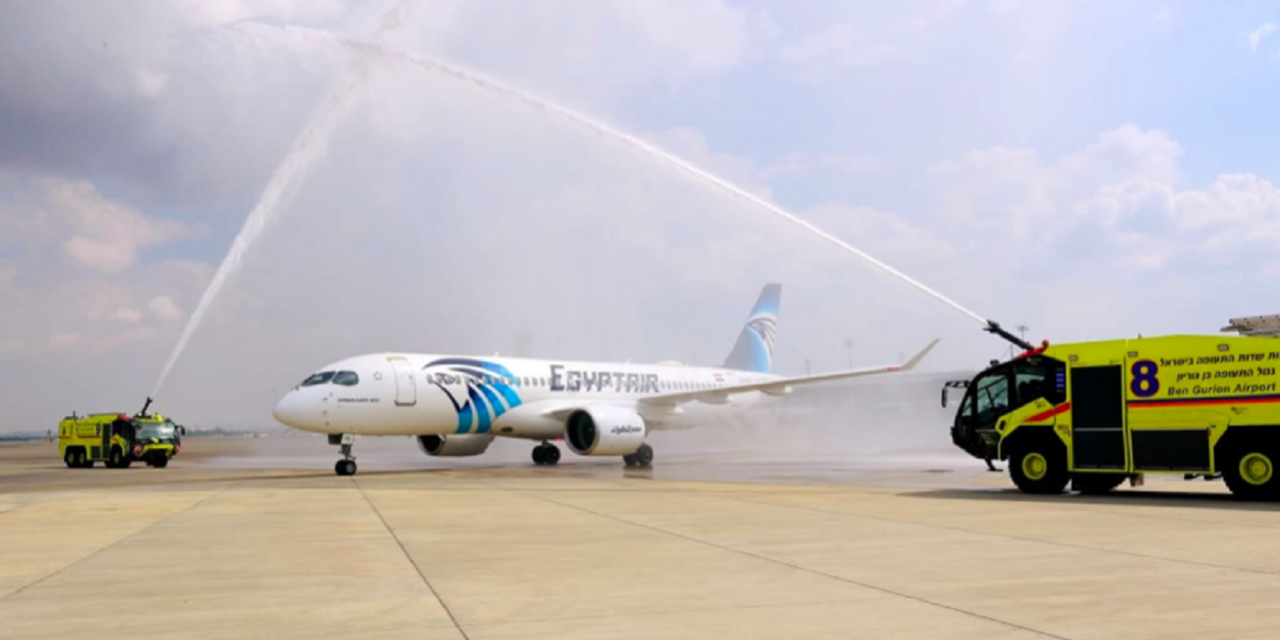 EgyptAir’s first direct commercial flight from Cairo to Tel Aviv touched down at Ben Gurion Airport on Sunday, signaling a significant move towards regular operations between the two countries.

The Airbus A220-300 plane was greeted on the runway with celebratory water jets. The state-owned flag carrier of Egypt is expected to fly the route four times a week.

Previously, the only flights between Ben Gurion Airport and Cairo International Airport were operated discreetly by Air Sinai, a subsidiary of EgyptAir. The Air Sinai flights were unmarked without the Egyptian flag.

EgyptAir did not schedule any flights to Israel for political reasons, but ties between the two countries have been warming.

It might be shortest of flights, but this is still a historic moment, as the first commercial flight of @EGYPTAIR, the national airline of #Egypt, has just landed in #Israel from #Cairo. pic.twitter.com/hHiLB3HHNG