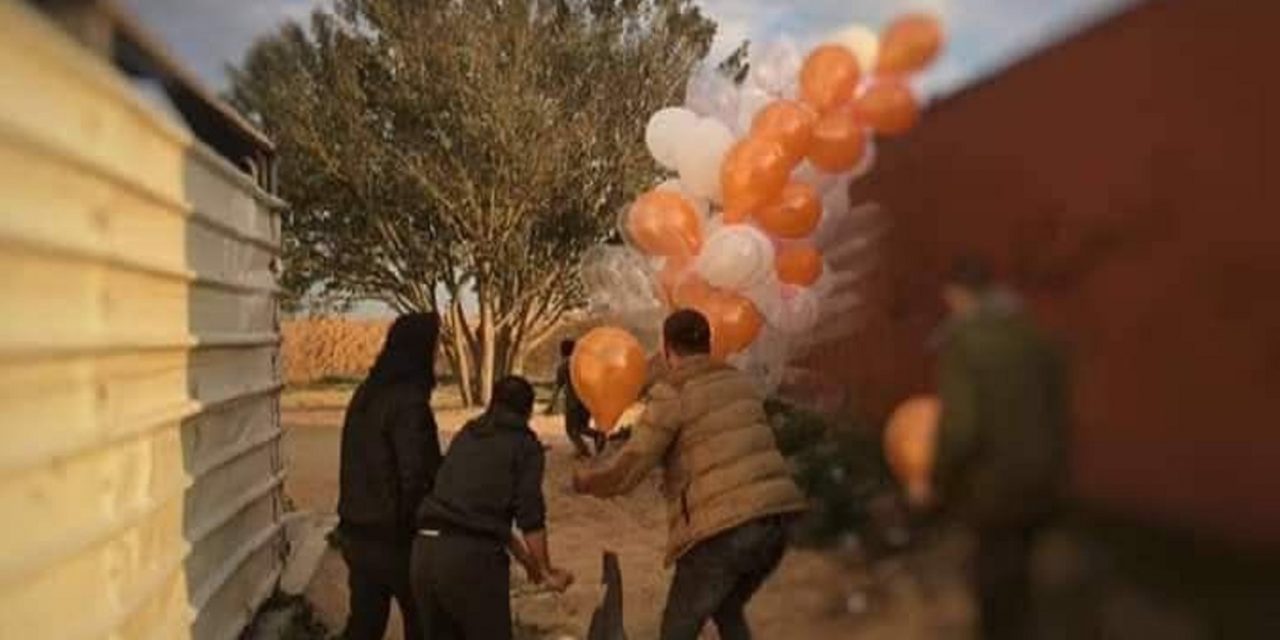 Terror riots have continued nightly against Israel this week in which a home in southern Israel was damaged by an explosive device attached to a balloon.

The small bomb had been attached to a cluster of balloons and launched toward Israel from Gaza.

Thankfully no one was injured.

“A string of balloons carrying an explosive object was spotted traveling from the southern Gaza Strip into Israeli territory. The object apparently exploded in midair and caused damage to a house in a nearby community,” the army said.

Take a close look at this picture.
The front window of this Israeli home was shattered by explosives attached to balloons that were launched from Gaza. Terrorists in Gaza have been launching balloons like these for almost a year.

RT if you want to see an end to terror. pic.twitter.com/g4NyNG0hO3

Since March 2018, Palestinians in the Gaza Strip have launched thousands of balloons carrying incendiary and explosive devices into Israel, causing wildfires in nearby agricultural fields, forests and nature reserves.

According to Palestinian media reports, several Hamas posts in the southern strip were hit, including one in the Khan Yunis seafront and another outside the city.

The IDF said the strikes were in response for the “explosive balloons.”

“Our fighter jets and helicopters struck a number of Hamas targets in Gaza in response to the explosive balloons that were launched from Gaza earlier tonight and damaged an Israeli home,” the army said.

The army reiterated its position that it holds Hamas responsible for any violence emanating from the Strip.

Last Tuesday a brush fire in southern Israel was sparked by incendiary balloons from the Gaza Strip.

Wednesday night’s balloon attacks came as hundreds of Palestinians took part in riots along the border of the Gaza Strip near the city of Beit Hanoun.

Parents in Israel have to warn their children to stay away from balloons because Gazans launch them into Israel with explosives attached to them. Just like they did today with these.