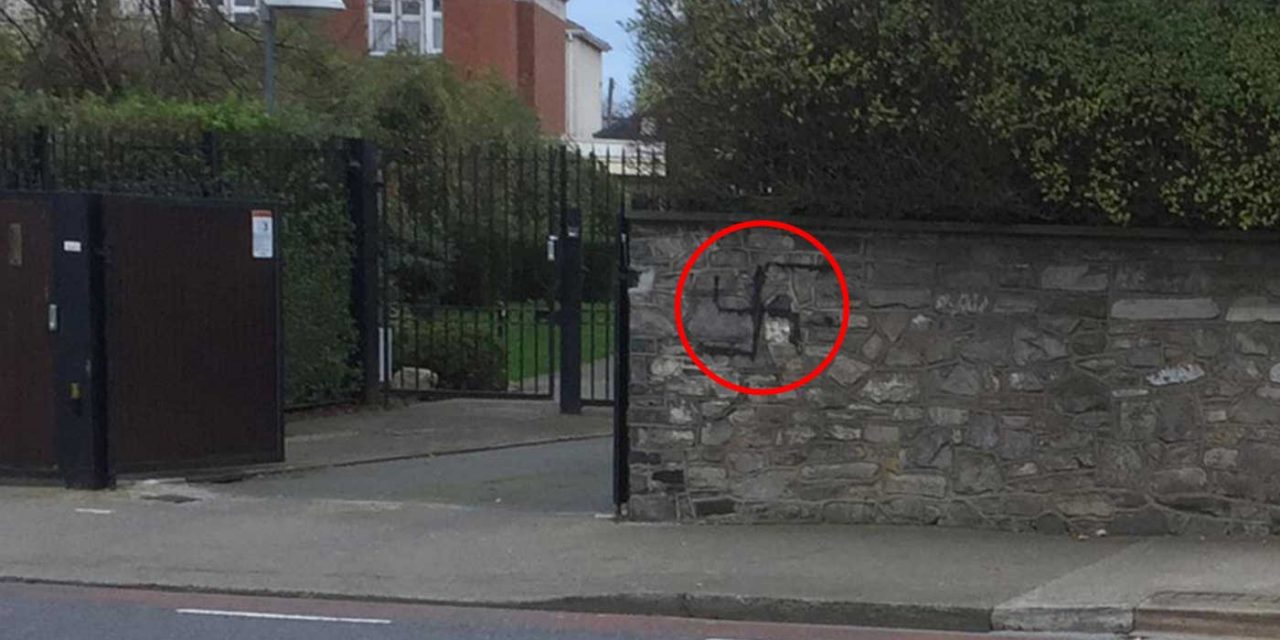 A black swastika has been sprayed onto the wall of a Dublin synagogue in an act of anti-Semitic vandalism.

Unidentified individuals painted a swastika on the fence of Ireland’s oldest active synagogue.

The Coordination Forum for Countering Antisemitism reported the incident Wednesday in a report that featured a picture of the vandalised stone wall around the Dublin Hebrew Congregation synagogue. The report did not say when the swastika was painted.

Founded in 1948, the Ashkenazi Orthodox synagogue moved to its current location in 1953. It was set on fire in 1966 and badly damaged. It reopened in 1968 following extensive renovations.