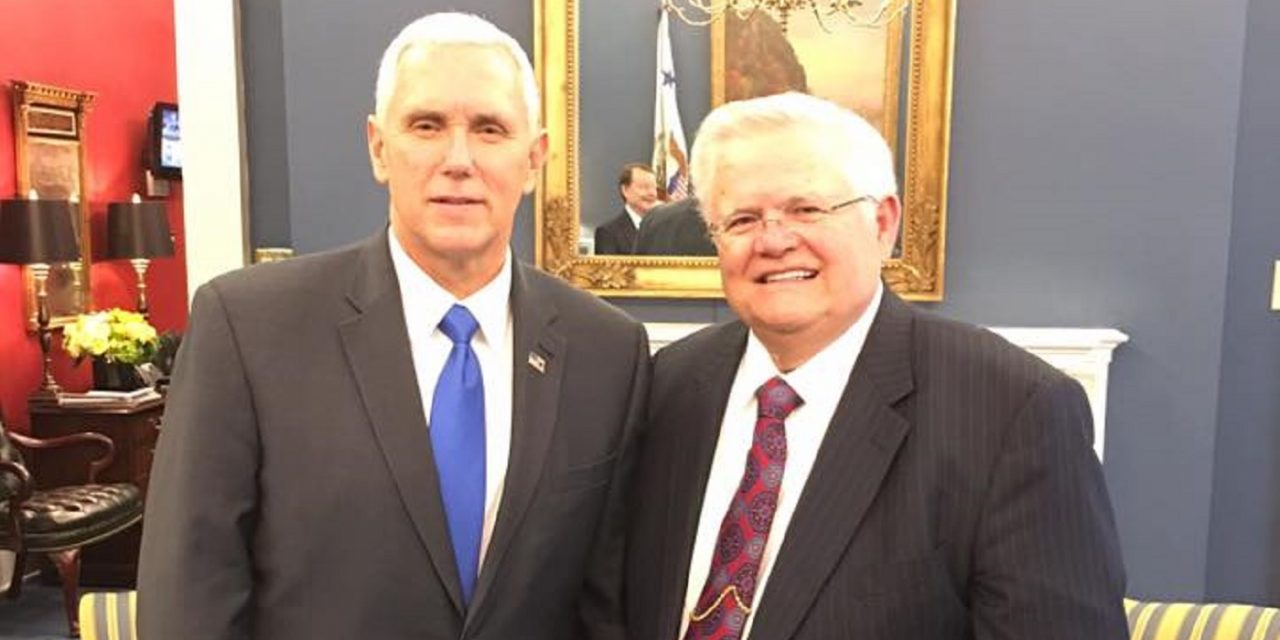 Following the meeting, Pastor Hagee expressed how CUFI will be looking forward to working with the new US Administration.

“It was an honor and a privilege to meet with President Donald J. Trump and Vice President Mike Pence last week. They are true friends of Israel. We at CUFI look forward to working with the current Administration to strengthen the US-Israel relationship.”

“This past week was both exciting and productive, said John Hagee, “We had several important meetings, the first of which was with Vice President Mike Pence. Following the meeting with the Vice President, we had the privilege to go to the Oval Office to meet President Donald J. Trump. He was very gracious, very kind, and very appreciative of your prayers and support.”

The meeting comes following a number of declarations of support for Israel made by President Trump and Vice-President Pence. Last week Mike Pence went on record saying “Under President Donald Trump, if the world knows nothing else, the world will know this — America stands with Israel.”

“For my part, my Christian upbringing compels me to cherish Israel,” said Pence,  “The songs of the land and the people of Israel were the anthems of my youth. My wife and I had the privilege of visiting Israel in 2004 and again in 2008, and we fulfilled a lifelong dream to bring all three of our children to the Holy Land in December of 2014. Let me say from my heart, as for me and my house, we pray for the peace of Jerusalem and all who call her home.”