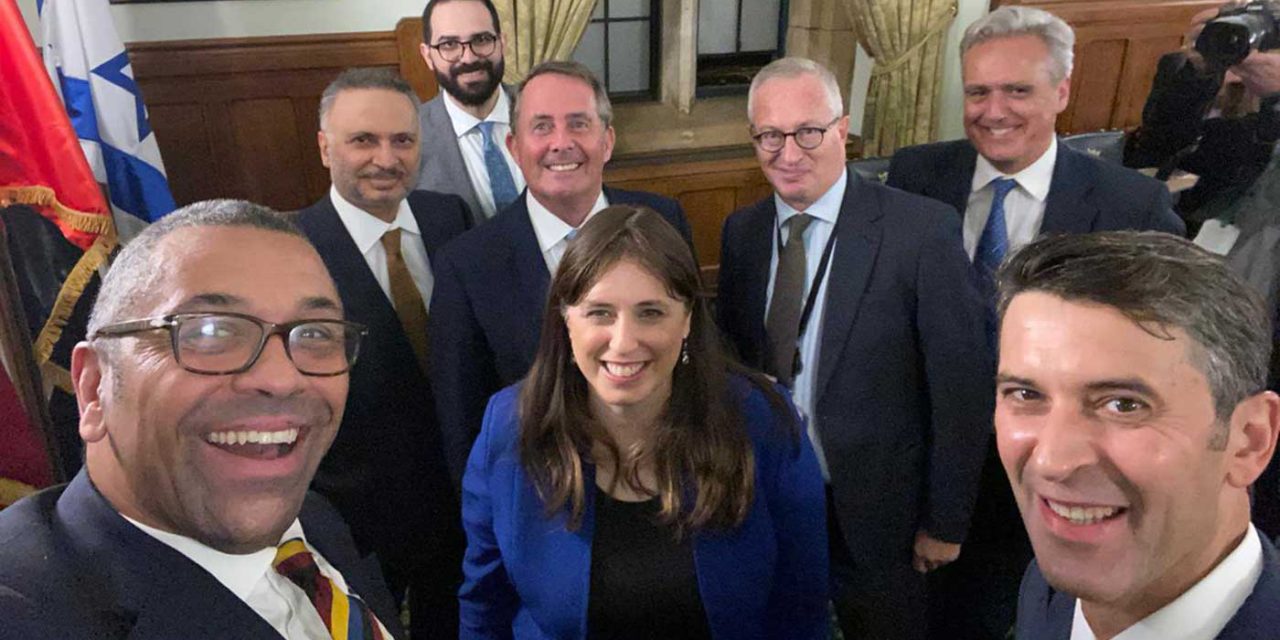 Britain is well placed to help deliver the vision of the Abraham Accords, a senior Emirati official told MPs and peers in Parliament last night.

Anwar Gargash, who served as minister of state for foreign affairs for the United Arab Emirates (UAE) until earlier this year, addressed a House of Commons gathering marking the launch of a new UK group to promote the Accords.

Standing metres from the flags of the UK, Israel, UAE and Bahrain on the eve of the first anniversary of the historic White House signing ceremony, the presidential advisor suggested leaders had overcome “a psychological barrier” that suggested normalisation was beyond reach.

But he cautioned: “Normalisation is not an event, it’s a process. I see this developing as we see more trust being built, more business done.”

Gargash added: “I cannot imagine these four flags have ever been assembled together here. The UK can play an important role in building up our collective expectations of the Accords.

“We want others in the region to see the benefits of establishing peace between Israelis and Arabs. Let’s hope the circle widens.”

He also expressed hope that the Accords would help the path towards a two-state solution between Israel and the Palestinians and end decades of violence “that have seen so much suffering” for both. “We celebrate an important milestone on the way to Middle East peace but there are many more challenge,” he said.

And he rubbished the suggestion that normalisation was not already having a political impact – pointing to the fact there were no less than six phone calls between former Israel foreign minister Gabi Ashkenazi and his Emirati counterpart during the last war with Hamas. “If that isn’t a political impact,” he said “I don’t know what is.”