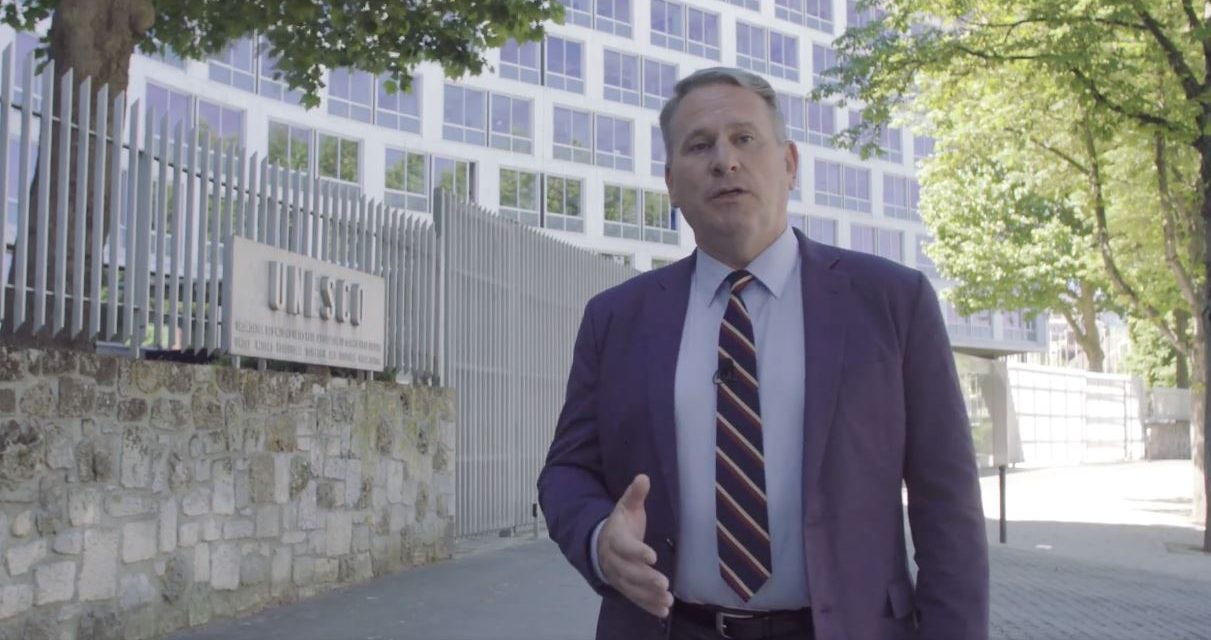 Colonel Richard Kemp has described those that deny Israel’s right to exist as “Nazis of the 21st Century”. In a short clip introducing the documentary, “Whose Land?”, which he presents, the former head of the British forces in Afghanistan also challenged why the right of other nations are not called into question, except for Israel, describing such prejudice as “antisemitism pure and simple”.

MUST WATCH: Colonel Richard Kemp challenges why the existence of any other state is called into question…other than Israel?Get your copy of the full DVD, "Whose land?" at http://bit.ly/2Efu07n

“The documentary film ‘Whose Land?’ is not intended to justify the right to exist of the state of Israel. I find such an argument abhorrent. Questioning Israel’s right to exist is pure antisemitism. Such fundamental prejudice should not be dignified by response or contrary argument. How often is the right of Great Britain to exist called into question? Or the United States, Germany, France, China, Russia, India, Saudi Arabia, Iran, any other country. How often is the right to exist of any country other than Israel questioned, argued over, debated, discussed? To do so is exceptional. Exception applied only to the Jewish State. It therefore amounts to antisemitism pure and simple.

In Nazi Germany, the right of Jews to own businesses to own property, to join the professions to go to school to receive medical treatment to live a normal life in the community. All of these were denied them.

Today, Israel’s enemies demand that the Jewish state be isolated, ostracised, banished from the community of nations. These people are the Nazis of the 21st century. Their arguments must not be dignified with a response. These modern-day Nazis are responsible for the greatest slur campaign in the history of humanity spreading false narratives, falsifying and distorting history, lying, deriding, rejecting and despising without cause and for one purpose to abolish the nation state of the Jewish people, Israel.

‘Whose Land?’ does not set out to justify the right of Israel to exist. Instead, it simply tells the truth – a truth that is clear, undeniable and unequivocal. The truth, that for the sake of human civilization and decency, must be heard above the growing cacophony of those who clamour to turn the world against the Jewish state and whose false propaganda not only maligns the innocent and brain washes the unwary but also incites violence and inflames hatred.

For more information about Whose Land and how to order, click here