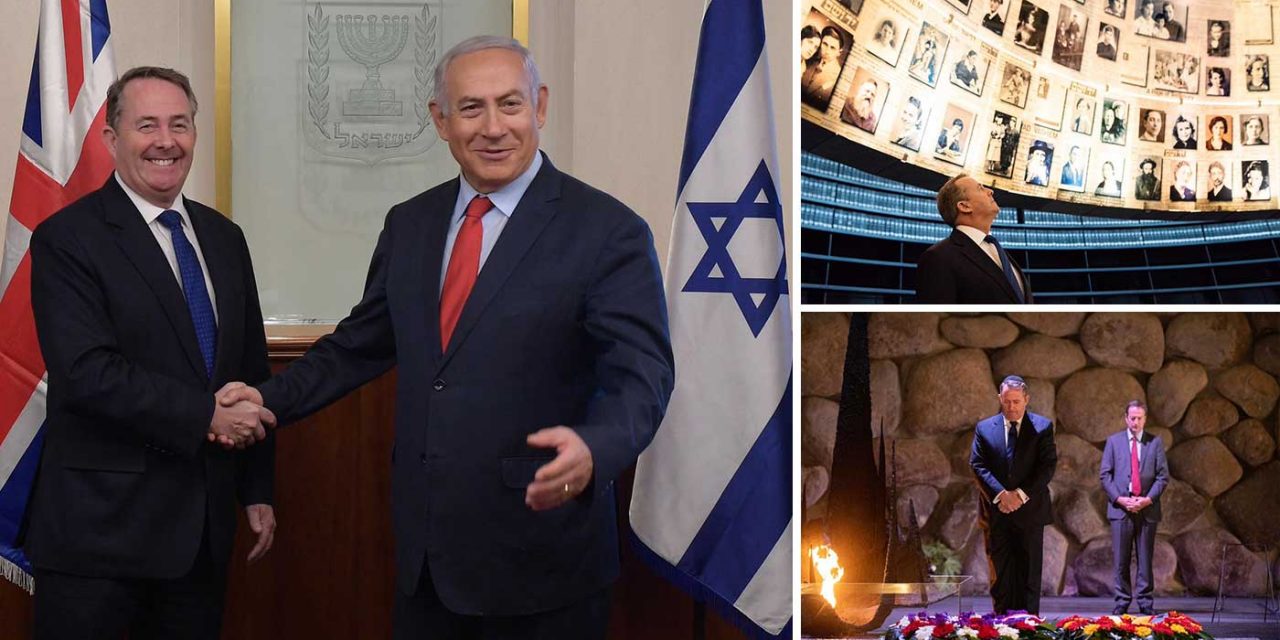 British Trade Secretary, Dr Liam Fox, visited Israel this week where he sought to strengthen ties between the two countries ahead of Brexit.

Britain is Israel’s largest trade partner in Europe and that relationship seems to be growing from strength to strength as exports from the UK to Israel have increased by 75% in the first half of 2018 with more than £7 billion in trade between the two countries in 2017.

Posted by Christians United for Israel – UK on Wednesday, 28 November 2018

Dr Fox told Israel’s Prime Minister Benjamin Netanyahu, “As we leave the European Union and Britain takes up its place as an independent state of (the World Trade Organization), we want to push our concept of free trade even further.”

“In a world where the siren calls of protectionism are rising, two free-trade nations like ours need to make the case for global free trade because trade spreads prosperity.”

Netanyahu said: “Britain is, in fact, our largest trade partner in Europe — one of our most important trading partners in the world — and we value the friendship.”

Israel is notably an import market for British cars, while Scotch whiskey sales in Israel have increased by 300 percent since 2012, according to Fox’s office.

Other leading British exports to Israel have included mineral products,  machinery and electrical equipment, as well as chemical industry products, according to the British embassy.

“We share something else that I think is important for trade and for the future. We share a great technological prowess. We can each do a lot separately, but I think we can do more together. Britain and Israel are two highly technological countries,” the prime minister added.

Have experienced some of the best of Israeli Innovation at @PeresCenter – great to hear the story of Israel and how it became a start-up nation #InnovationIsGREAT pic.twitter.com/NGWFiX8hZo

During his visit, Dr Liam Fox was given a guided tour of the Yad Vashem Holocaust Museum where he paid respects to Jews who were killed during the Holocaust.

A visit to @YadVashem is a truly moving experience and it was an honour to pay my respects. pic.twitter.com/XJGmDhYn7O

He also visited Ramallah, the largest city in the Palestinian territories, where he visited a plush showroom for Jaguar Land Rover, where the luxury vehicles are on sale to Palestinians.