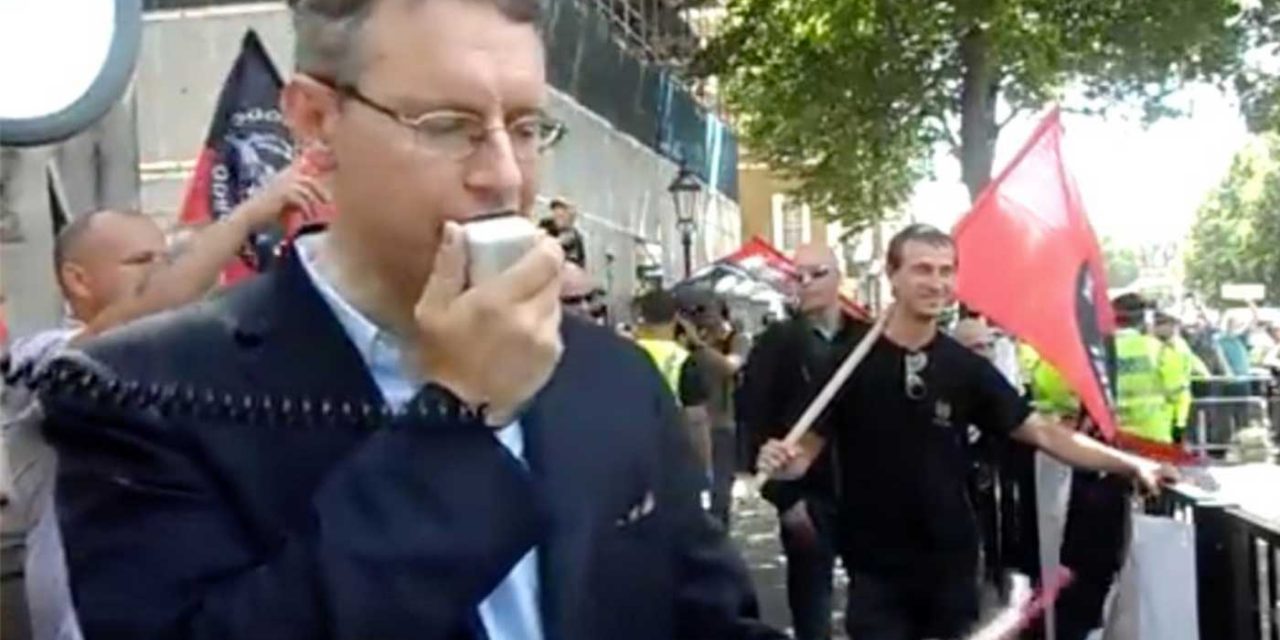 A British Neo-Nazi leader has been sentenced to 12 months in prison after being unanimously convicted by a jury over a racial hate speech he gave in 2015.

Jeremy Bedford-Turner, 48, of Lincoln called for “soldiers” to liberate England from “Jewish control” in a speech in 2015 that blamed Jews for both world wars, the Kray twins and Jack the Ripper.

“This is England, this is our land… We want our country back and we are going to take it back,” Bedford-Turner said, before calling on a small group of supporters to “free England from Jewish control”.

He added: “Listen soldiers, it’s time we liberated our own country.”

The Crown Prosecution Service originally declined to prosecute the former soldier but reconsidered the decision after Campaign Against Antisemitism (CAAS) brought a legal challenge to the High Court.

A jury at Southwark Crown Court found him guilty of one count of stirring up racial hatred at a 15-minute speech at a rally in Whitehall on July 4, 2015.

According to CAAS, Mr Bedford-Turner is a leading figure in neo-Nazi circles and even runs global conferences in London at which Jew-hatred is disseminated.