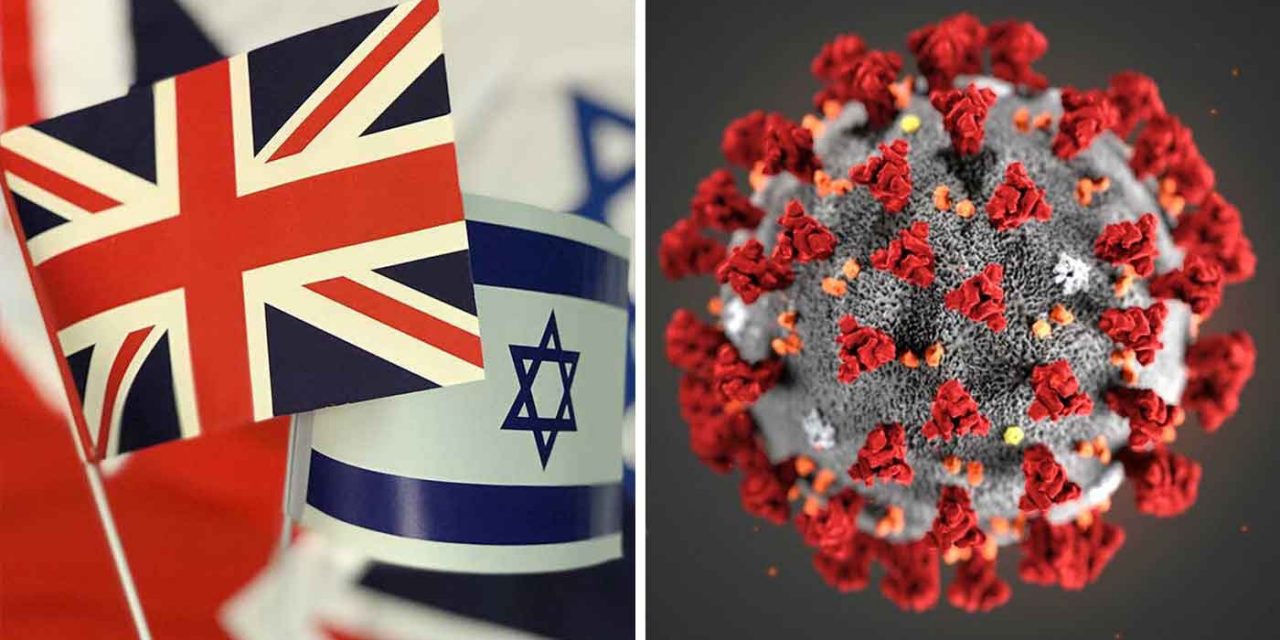 A British company whose research and development is entirely based in Israel has developed an innovative diagnostic method for Coronavirus which is already being used in the UK and the US.

The company has devised a test that is almost automatic and gives results in roughly an hour. It has been tested in Scotland and is found to be far more accurate than other methods too.

This is something we like to see, Britain and Israel working together for the good of humanity!

Whilst Israel and Britain work together to help beat this virus, we can be active too in prayer against Coronavirus. Find out more here.

British company diagnostics.ai, whose research and development is entirely based in Herzliya, is already providing labs in the UK and US with their advanced diagnostic technique, employing artificial intelligence for faster and more accurate results, Brian Glenville, chairman of diagnostics.ai and former head of heart surgery at Hadassah-University Medical Center, told The Jerusalem Post.

“In the old days, if you went to the doctor with a chest infection, they would ask you to cough into a pot and send the specimen to a laboratory, which would put it on a plate to grow,” he said. “After 48 hours they would put some antibiotic discs next to it, and another 48 hours later they would tell you which one worked for that bug.”

“Several years [later], tests called Real Time PCR or Q-PCR came in,” he added. “They look at the nuclear content, the DNA or RNA, in the bacteria or the virus.”

To perform the test, a biological specimen of the patients, for example, saliva or blood, is put into a machine called thermal cycler, which heats and cools the material 30 or 40 times until the DNA or RNA fragments in the specimen have split. The fragments then join to a molecule of fluorescent light.

“That’s how you find out what is the content of your biological solutions are,” Glenville said. “The problem is that the answer comes out as a curve on a graph, which means it requires an analysis by a skilled medical technician.”

The requirement for an expert to analyze the results of the test might not be particularly challenging if the number of tests performed remains low. But when hundreds, if not thousands, of tests are needed – as in the case of the current emergency – tiredness and other human factors, including the risk for the technicians to get infected themselves, represents an obstacle.

What diagnostics.ai has developed is truly automatic and can analyze any virus or bacteria.

Once the biological specimen is analyzed, which takes 40 minutes to an hour, the results are almost instantaneous, and they are fed to the hospital information system right away.

The technology was studied by one of the largest virology units in Europe, the West of Scotland Specialist Virology Centre, comparing the results of diagnostics.ai with those by their best technicians.

As explained in an article published in the Journal of Clinical Virology, they were found superior in terms of accuracy.