BREAKING: Theresa May CONDEMNS Iran over missile strikes; says Israel has “every right” to defend itself 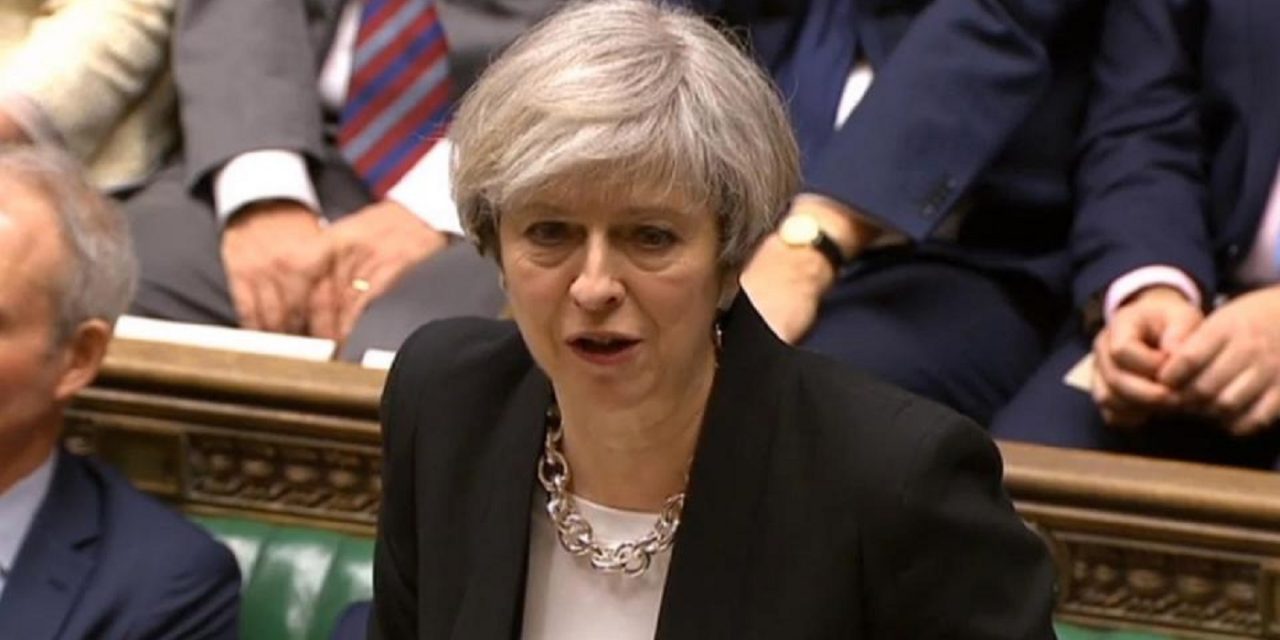 Theresa May has today condemned Iran’s attack on Israel after the first direct clashes between the two countries, saying Israel has “every right to defend itself” after Iranian’s forces fired 20 rockets from Syria into the Golan Heights.

The Prime Minister also urged Russia to step in and ensure Syrian territory was not used for any more strikes.

“We condemn Iran’s attack on Israel. Israel has every right to defend itself,” the May’s spokesman said.

“We call on Russia to use its influence in Syria to prevent further Iranian attacks.”

In a separate statement, Foreign Secretary Boris Johnson urged Iran to “refrain from further actions which will only lead to increased instability in the region”.

“It is crucial to avoid any further escalations, which would be in no one’s interest.”

Some 20 rockets were fired at northern Israeli military bases by Iranian forces from southern Syria just after midnight, prompting extensive retaliatory raids by Israel. The Israel Defense Forces said that it suffered no casualties; four of the missiles were intercepted by Israel’s Iron Dome, the remainder landed in Syria.

In all, the IDF said it carried out over 50 retaliatory raids against Iranian Revolutionary Guards targets, including intelligence centres, weapons depots, storage facilities, observation posts, and logistics centres in Syria, as well as the rocket launcher that carried out the initial attack. A number of Syrian air defense systems that had fired at Israeli planes were also targeted.

The overnight exchange was the largest-ever direct clash between the Iranian and Israeli militaries, and appeared to be the largest exchange involving Israel in Syria since the 1973 Yom Kippur War.

The IDF said in a statement that “the attack on Syria represents our abilities and what we have in store.

“We will not allow Iranian entrenchment in Syria. The Quds Force paid a heavy price tonight, and for any other attempt on its part to hurt Israel it will pay even more.

“Iran will need a lot of time and resources to rehabilitate its operational, military and intelligence infrastructures we hit tonight,” the IDF said.

The IDF has struck dozens of Iranian military targets in Syria in response to the Iranian rocket attack against Israel. Quds force is behind attack and has played the initial price. IDF remains ready for various scenarios but does not seek to escalate the situation. pic.twitter.com/4rC8gHK2LG