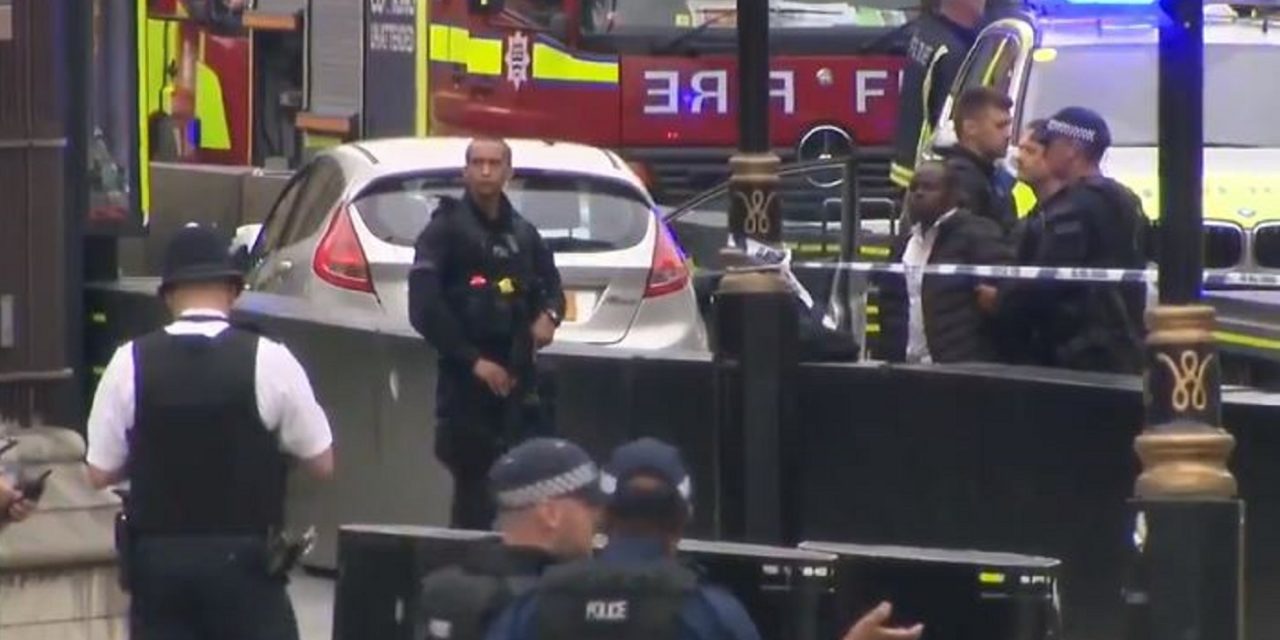 A man has been arrested and several pedestrians are injured after a car rammed into a security barrier at the Houses of Parliament. Several eye-witnesses say the car crashed “deliberately” at “high speed”.

Armed police are at the scene and a counter-terror cordon as been put in place.

A man has been arrested outside #Parliament #Westminster after ramming car into security barrier. Eye-witnesses say the car crashed “deliberately” at “high speed”. Counter-terror cordon in place. https://t.co/PID4sDEJ8S pic.twitter.com/N1V5H14LmT

A man has been arrested after a car crashed into security barriers outside the Houses of Parliament. A number of pedestrians have been injured

In a statement, Scotland Yard said: “At 7.37am today, a car was in collision with barriers outside the Houses of Parliament.

“The male driver of the car was detained by officers at the scene. A number of pedestrians have been injured. Officers remain at the scene.

“We will issue further information when we have it.”

At 8.40am they added: “At this stage, officers do not believe that anybody is in a life-threatening condition. Cordons are in place to assist the investigation. Westminster tube station is closed.”

According to Vincent McAviney, the police radio reported the incident would be treated as “counter-terror”.

Ewalina Ochab told the Press Association: “I think it looked intentional – the car drove at speed and towards the barriers.”

She said: “I was walking on the other side [of the road]. I heard some noise and someone screamed. I turned around and I saw a silver car driving very fast close to the railings, maybe even on the pavement.”

“The person driving did not go out” of the car she added.

According to witness reports, cyclists have been seen “lying in the road” after the crash.

Streets around Parliament Square, Millbank and Victoria Tower Gardens have been cordoned off, with the cordon moving further away from the scene.

There are reportedly “dozens” of armed police on the scene, and 10 cars remain on the scene.

There are two police dogs waiting nearby.

Armed police were seen leading the driver away in handcuffs, and a number of ambulances are at the scene.