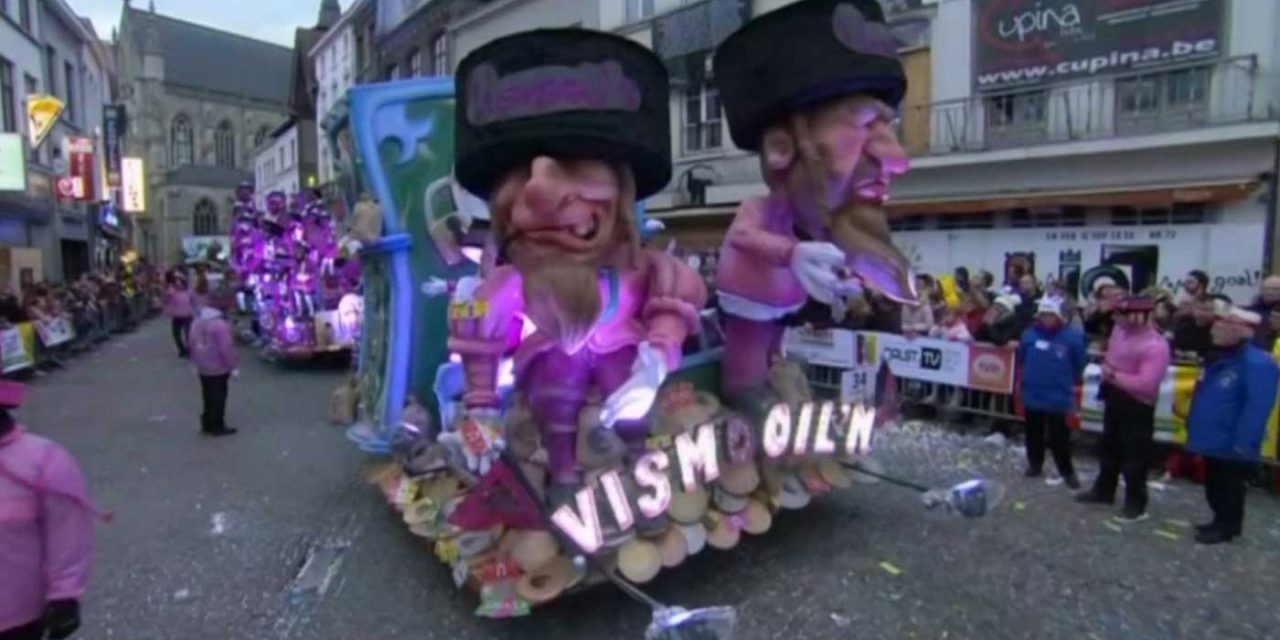 Participants in a street celebration in the Belgian city of Aalst paraded giant puppets of Orthodox Jews holding rats atop money bags.

The display features two giant puppets with streimels, hats favoured by some Orthodox Jews, in pink suits. They both have sidelocks. One of the puppets is grinning while smoking a cigar and extending a hand, presumably to collect money. That puppet has a white rat on his right shoulder. The other is holding a brown rat. Both puppets are standing on gold coins and have money bags at their feet.

In the background is a round window reminiscent of the architecture of many European synagogues and a small box resembling a mezuzah on its right-hand side. The float featured a song about Jews with men, women and children dressed up as Jewish people, dancing and singing to a song (see the video below).

The mayor of town told local media that “in Aalst it should be allowed.”

Mayor Christoph D’Haese defended Sunday’s float at the Aalst Cranaval from passionate condemnations by Jewish groups and disapproval by international organizations, including the European Commission.

“It is unthinkable that such imagery is being paraded on European streets, 70 years after the Holocaust,” a spokesperson from the Commission, which is the executive branch of the European Union, told reporters on Tuesday, according to Het Laatste Nieuws newspaper.

Also Tuesday, B’nai B’rith International issued a statement saying the organization is “is disgusted with the anti-Semitic puppets” that were on display Sunday. The Simon Wiesenthal Center’s director for international relations, Shimon Samuels, wrote to a Belgian cabinet minister a letter stating that his group is “sickened” by the display.

But Mayor D’Haese told Het Laatste Nieuws that “it’s not up to the mayor to forbid” such displays, and that “the carnival participants had no sinister intentions.”

The float in question is titled “Shabbat Year” and was prepared by the Vismooil’n carnival group. It featured two giant puppets with sidelocks and streimels, hats favored by some Orthodox Jews, in pink suits. One is grinning while smoking a cigar. That puppet has a white rat on his right shoulder. Both puppets are standing on gold coins and have money bags at their feet.

On a wheeled platform directly behind the float were several dozen people dressed like the puppets, dancing to a song about full coffers that are “Jewishly beautiful” and about “getting extra fat.”