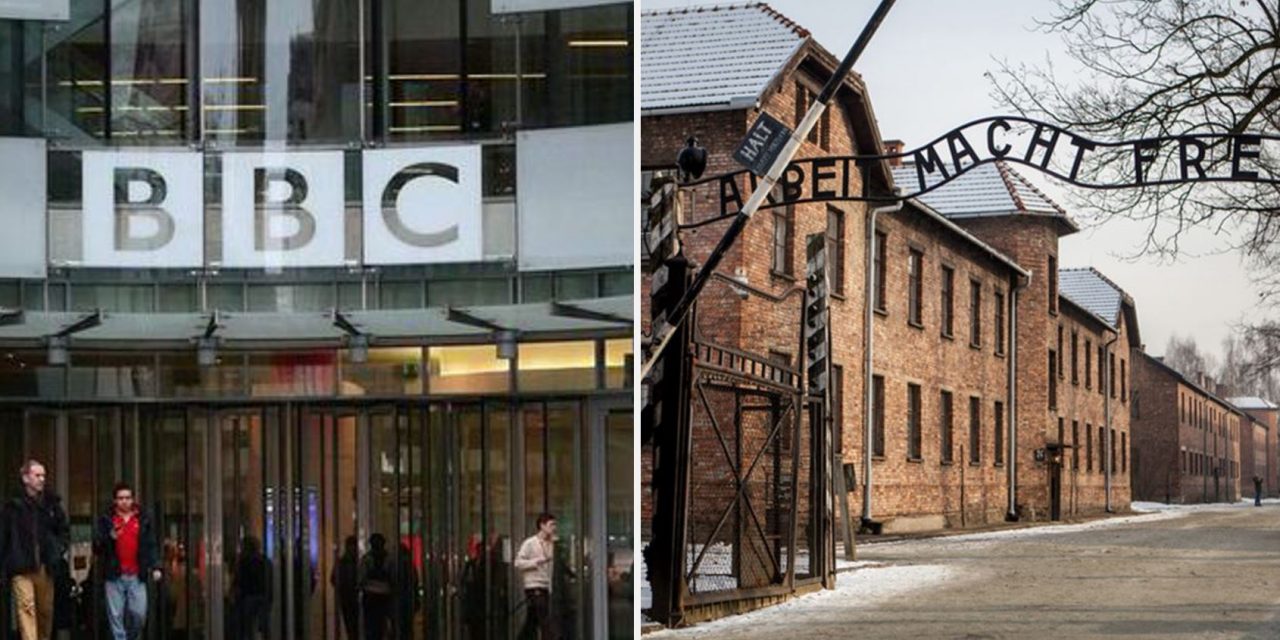 A BBC report has said the Holocaust is a “sensitive topic” for Muslims because Jewish survivors “settled” in “Palestine”.

The remark appeared in an article about abuse being directed at a group of Muslim schoolgirls from Berlin during a Holocaust education trip in Poland. One girl said a man spat at her in the street, while another said she was thrown out of a shop for speaking Persian.

But when the BBC first reported, the original version of the story included a line which stated: “The Holocaust is a sensitive topic for many Muslims because Jewish survivors settled in British-mandate Palestine, on land which later became the state of Israel.”

Not only was the statement irrelevant to the incident, but it implies that the Holocaust, which resulted in the murder of six million Jews, was somehow potentially an offensive topic to Muslims due to Jewish survivors later returning to their homeland. Specifically mentioning the “land” also incorrectly portrays “many” Muslims as victims in the creation of the State of Israel and furthermore undermines the biblical and legal right that the Jewish people had to return. The atrocities of the Holocaust are also wrongfully diminished by diverting sensitivities away from the real victims of the Holocaust.

The line was removed after the complaint was sent to the BBC.

The Board of Deputies of British Jews and a Muslim anti-racism charity Tell MAMA UK criticised the broadcaster for the “gratuitous line – offensive to both Muslims and Jews” and called for an apology to be issued by the BBC.