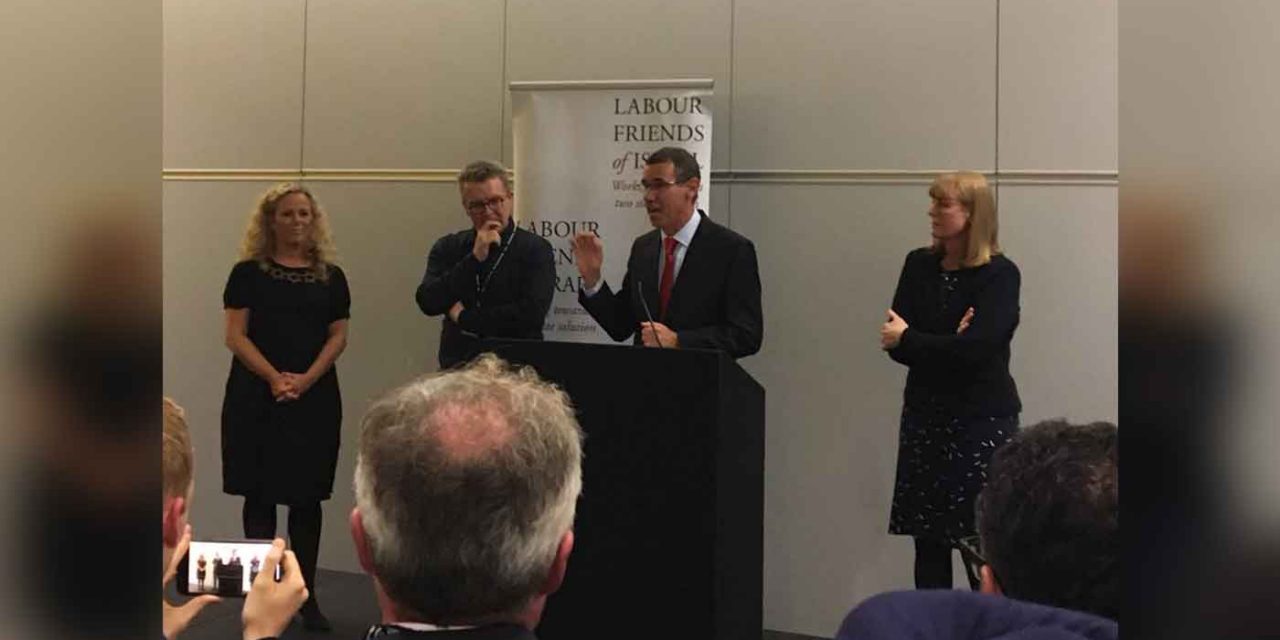 Israel’s Ambassador to the UK, Mark Regev, spoke at the Labour Friends of Israel meeting at the Labour party conference this week, having a dig at Corbyn and defending Israel.

Ambassador Regev said, “From Attlee, Wilson, Callaghan and Foot, to Kinnock, Blair and Brown; Labour leaders have supported Israel’s cause precisely because it (Zionism) is an anti-racist cause”.

This was a response to the Labour leader suggesting it is okay to call Israel’s foundation racist without being labelled an anti-Semite.

Ambassador Regev then said, “to call Zionism racism would only undermine efforts to combat racial discrimination. So when self-proclaimed anti-racists overlook this fundamental truth and claim that we Zionists do not know history, ironically”, he said to amusement in the audience, “it is they who have not studied history or learned from it.”

🎥From Attlee, Wilson, Callaghan and Foot, to Kinnock, Blair and Brown: @UKLabour🌹 leaders have supported Israel’s cause, precisely because Zionism is an anti-racist cause.

This was clearly a not-so-subtle dig at Jeremy Corbyn who proclaims to be a lifelong “anti-racist”, and yet himself used racist tropes when he referred to Zionists, meaning Jews, as not understanding English irony and not being fully part of Britain.

Ambassador Regev also spoke against the motion passed at the Labour conference calling for a freeze on arms sales to Israel, asking those who supported the text “who they are going to harm” given the bilateral ties that keep both countries safer.

We appreciate Ambassador Regev standing up for what is right at a Labour party conference that was full of anti-Israel hatred. It is also good to see that there are still members within Labour who stand with Israel and we commend all Labour MPs who are standing up and speaking out for the Jewish state.

Amazing time at Labour Party Conference, especially at the @_LFI Reception, and an absolute honour to meet @joanryanEnfield and @Ayeletnnv🌹 #NewProfilePic pic.twitter.com/DorvtvsY1a