Abbas vs Danon – Who wins the head-to-head at the UN? 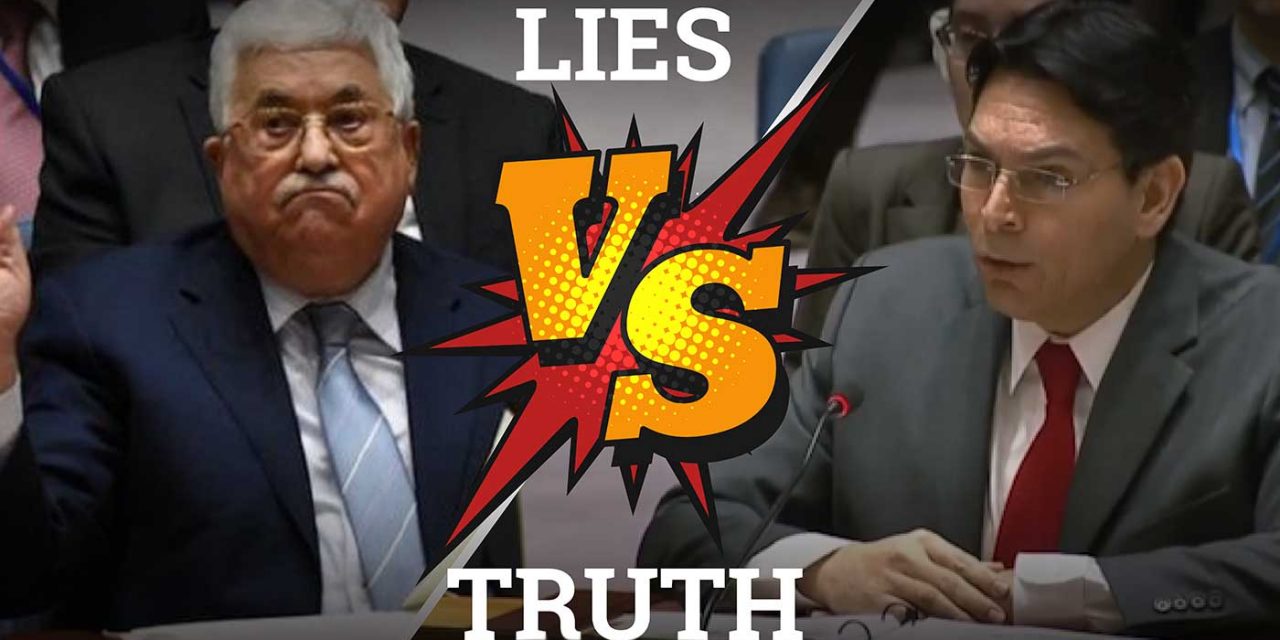 This week, Palestinian President Mahmoud Abbas spoke at the United Nations. He gave his speech first, then left. He refused to listen to anyone else. Israel’s UN Ambassador Danny Danon spoke after Abbas had left, however, we turned their words into a head-to-head, countering the lies of Abbas with the truth of Danon and, in a way, keeping them in the room together.

We decided to put Abbas head-to-head with Israel's Danny Danon, who counters the lies with the truth!Watch to the end to see how the UN reacted to both speeches. As usual, a complete display of appalling anti-Israel bias.LIKE and SHARE – Let's spread the truth!#CUFI #DannyDanon #Abbas #Palestinians #Israel #PrayforIsrael

Posted by Christians United for Israel – UK on Thursday, 22 February 2018