200 missiles destroyed in Syria were meant to strike Israel – Report 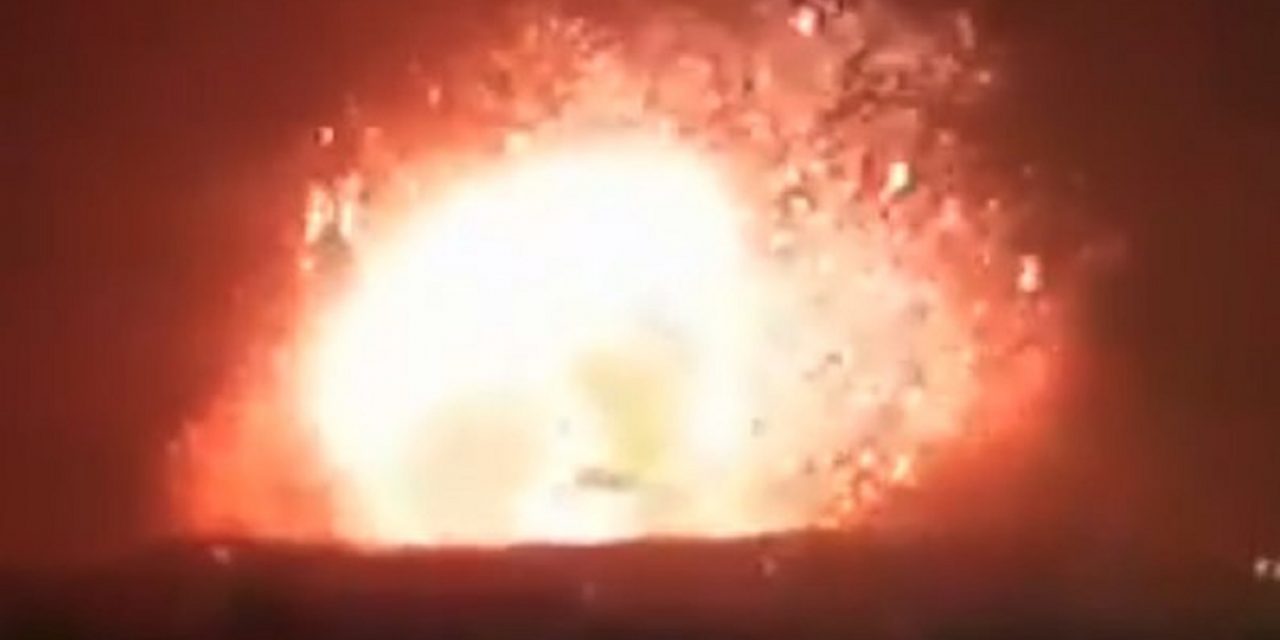 A strike carried out on a Syrian base near Hama on Sunday night hit a storage facility and destroyed 200 surface-to-surface missiles, according to reports.

Explosions were reported at two sites believed to be Iranian facilities in northwestern Syria, one near the city of Hama and the other near Aleppo.

The immediate effects of the Hama strike — a massive fireball —  registered a 2.6 on the Richter scale on nearby seismographs.

Former Military Intelligence chief Amos Yadlin noted that the size of the blast indicated the rockets were equipped with powerful explosives.

“It may be ballistic missiles with heavy warheads. The level of explosion that even moved the needle of an earthquake detector is not from the munition that attacked these places, but from the target,” said Amos Yadlin, who directs the influential Institute for National Security Studies think tank.

Lebanese newspaper al-Akhbar also confirmed that the facility stored missiles used by both the Syrian army and the Iranian Revolutionary Guards Corps (IRGC).

Israel’s Channel 20 estimated that the destroyed Iranian missiles were to be used in an attack on the Jewish state, carried out in retaliation for an Israel Air Force attack on an Iranian drone at the T4 base in Syria earlier this month.

First site was headquarters of Iran-backed Shiite militia Brigade 47, just south of Hama. It is apparently used as recruitment and training facility but is also believed to be a weapons depot.

On Monday night, the Israeli ImageSat company released photographs showing the extent of the damage to the site. At least 13 buildings were hit in the strike on the Hama base, according to the pictures. 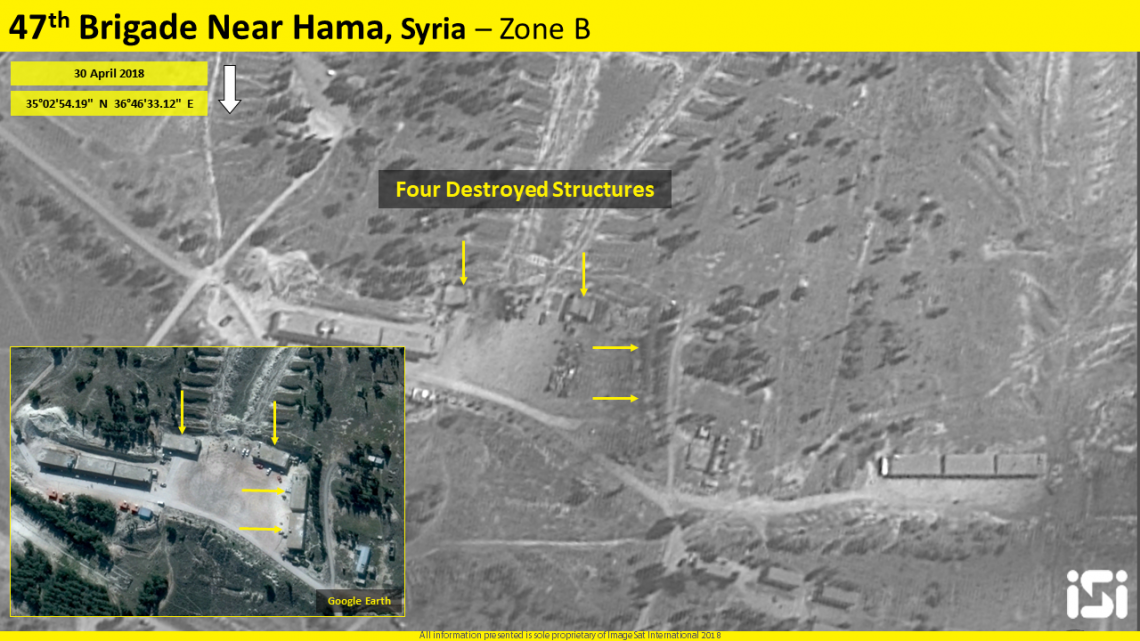 A satellite image showing the results of an alleged Israeli airstrike on a reported Iranian base outside the northern Syrian city of Hama the day before, on April 30, 2018. (ImageSat International ISI)

The pro-regime official, from the regional alliance of Iran, Syria, and its proxy Lebanese terror group Hezbollah, told the  New York Times that the strikes killed 16 people, including 11 Iranians.

According to the British-based Syrian Observatory for Human Rights monitoring group, at least 26 people were killed, the majority of them Iranians. News outlets affiliated with Syrian opposition forces put the death toll at 38.

It was not clear who carried out the strikes, although some media reports blamed Israel, while others suggested it was a joint US-UK attack launched from Jordan.

The Syrian Observatory for Human Rights says a missile attack in northern Syria that killed pro-regime Iranian fighters appears to have been carried out by Israel https://t.co/Q24aSSbHM6 pic.twitter.com/5SGMgtxrVB

Speaking on condition of anonymity about the attack, the official joined other regional officials in saying that Tehran can be expected to hit back at Israel for the bombing, the New York Times report said.

However, Iran would likely wait to do so until after May 6 parliamentary elections in neighboring Lebanon, where its ally Hezbollah is fielding candidates, the officials said.

The attack came a day after Netanyahu talked to US President Donald Trump on the phone. The White House said the two leaders discussed the continuing threats and challenges facing the Middle East, “especially the problems posed by the Iranian regime’s destabilizing activities.”

On Saturday, US Secretary of State Mike Pompeo also offered warm support to Israel and Saudi Arabia in their standoff with Tehran.

“We remain deeply concerned about Iran’s dangerous escalation of threats to Israel and the region and Iran’s ambition to dominate the Middle East remains,” Pompeo said after a nearly two-hour meeting with Netanyahu.

“The United States is with Israel in this fight,” he added on his first trip abroad as America’s top diplomat.

The Times of Israel has been sourced in this article