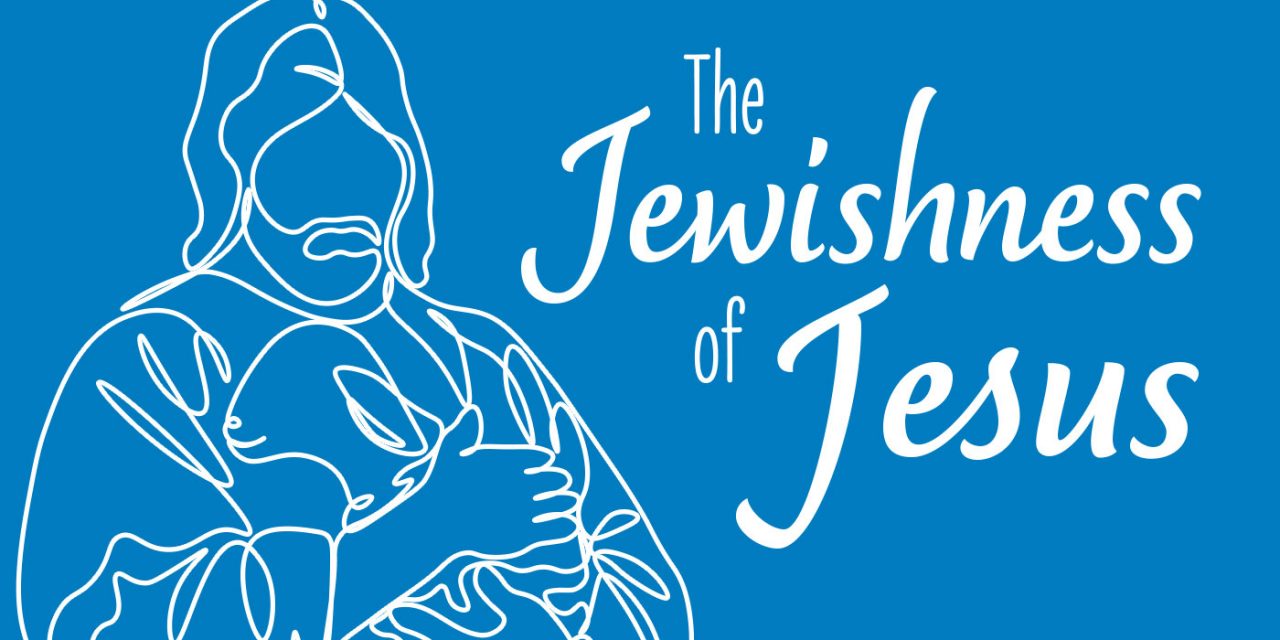 The slippery slope of replacement theology (the false doctrine that the church has replaced Israel) usually begins and ends with ignoring the Jewishness of Jesus. We only have to look at the very first verse of the New Testament: “The book of the genealogy of Jesus Christ, the Son of David, the Son of Abraham.”

Through God’s covenant made with His servant Abraham, we see precious promises to the natural descendants of Abraham and to all those who have become partakers of the blessing through Christ. God didn’t choose to come to the Romans or the Greeks or the Egyptians – although God’s bigger plan would mean believing Gentiles from every nation would also become heirs of the promise. But rather it was necessary for Jesus to be made like His brethren – that is as a Jew.

“Therefore, in all things He had to be made like His brethren, that He might be a merciful and faithful High Priest in things pertaining to God, to make propitiation for the sins of the people.”

At 12 years of age, Jesus was taught a trade by his father just like other Jewish boys. In Jesus’s case he was taught carpentry by Joseph, but He was also 12 when his parents found him in the temple, “about My Father’s business,” as Jesus Himself explained.

Later, Jesus began His earthly ministry at 30 years of age, which interestingly aligns with the ancient Jewish custom of “entering into one’s full strength” or life’s work at 30.

Jesus wasn’t just Jewish by birth – he referred to His Jewish brothers and sisters with affection. Matthew 25:40 says, “inasmuch as you did it to one of the least of these My brethren, you did it to Me.”

Jesus is referring to the Jewish people, and He has something to say about those who mistreat His brothers and sisters.

Jesus’s love for His own people couldn’t be better illustrated than in the second chapter of the book of Hebrews, where the author cites Psalm 22:22 to show how Jesus faithfully spoke of God the Father to the Jewish people. It says:

“I will declare Your name to My brethren; In the midst of the assembly I will sing praise to You.”

Jesus was born a Jew, lived as a Jew, and was buried in the custom of a Jew. Those close followers who supported Him in His ministry – His disciples – whom He called, taught, entrusted and commissioned were also Jews.

Jesus spent time teaching in synagogues and in the Temple. Whilst He robustly challenged the narrative of the Pharisees at the time, Jesus never denied being Jewish.

Because He was Jewish, Jesus observed the Biblical feasts. Christians believe that not only did He observe them, but His life’s purpose ultimately fulfilled them.

We read in Matthew chapter 26 that Jesus ‘kept’ the Passover before His death. It mentions in the Gospels both the Feast of Unleavened Bread and Passover in verses 17-18. It says:

“Now on the first day of the Feast of the Unleavened Bread the disciples came to Jesus, saying to Him, ‘Where do You want us to prepare for You to eat the Passover?’ And He said, ‘Go into the city to a certain man, and say to him, “The Teacher says, ‘My time is at hand; I will keep the Passover at your house with My disciples.’ ” ’ ”

The feast coinciding with Jesus’s crucifixion is not the only time Passover is mentioned in the Gospels. It was during the Passover that Jesus was found by His parents in the Temple. They were in Jerusalem due to it being Passover.

The Feast of Dedication

The Feast of Dedication is today known as Hanukkah or Chanukah, which celebrates the Maccabees victory over Israel’s enemies and regaining of the temple (dated between Malachi and Matthew in the Bible). It is important to clarify that this isn’t one of the Levitical feasts instituted in the Torah and therefore is not commanded by Jewish law. However, it was observed during the time of Jesus, and we read specifically in John 10:22 that Jesus walked in the temple in Jerusalem at the Feast of Dedication.

If we look closely, we will observe the beauty of the Feast revealed in the words of the Lord Jesus across these three chapters. For example, there were ceremonial aspects of the Feast of Tabernacles that involved a water-drawing ritual through which God’s provision of water for the crops that year was celebrated with thanksgiving. A designated priest would take a golden pitcher and lead a musical procession of Psalms to the pool of Siloam where he plunged the pitcher into the waters while reciting Isaiah 12:3, “Therefore, with joy you shall draw water from the wells of salvation.”

Holding this thought, John chapter 7 says that it was on the great day of the feast, which infers the last day of the Feast of Tabernacles, that Jesus proclaimed these words:

“On the last day, that great day of the feast, Jesus stood and cried out, saying, ‘If anyone thirsts, let him come to Me and drink. He who believes in Me, as the Scripture has said, out of his heart will flow rivers of living water.’”

A second aspect of the Feast of Tabernacles was the illumination of the Temple with the menorah lamps to symbolise the Glory of God and in anticipation of the “Great Light” who would soon come according to Isaiah chapter 9. Interestingly, these lights were extinguished on the eighth and final day. And again, we see Jesus make reference to this during the Feast of Tabernacles when he said in John 8:12, “I am the light of the world; he who follows Me shall not walk in darkness, but have the light of life.”

Those who listened would have been struck by the claim that Jesus was the “Great Light”.

It was also during the Feast of Tabernacles that Jesus healed a blind man, rubbing his eyes with clay before sending him to the pool of Siloam to wash.

Jesus’s mission was beautifully portrayed through the Feast of Tabernacles – a Saviour who brought Light and Life to those willing to receive.

Jesus being Jewish is an integral part of appreciating the important Jewish connection to our Christian faith. Just as Jesus didn’t deny being Jewish, the church should avoid denying these roots also. After all, as the Apostle Paul stated in Romans, Gentiles have been ‘grafted’ into the ‘olive tree’. As Christians, we celebrate the root that connects Jews and Christians. This revelation not only helps us strengthen our own faith personally, but also compels us to stand with Israel and our Jewish brethren against anti-Semitism.

Israel's minister of defense has said the cost of dealing with Iran is higher now than a year ago, but less than it will be in a year, adding that Iran is just a "few weeks" from being...
Read More
Share
Tweet
Email
More
318 Shares