Take up your positions; stand firm 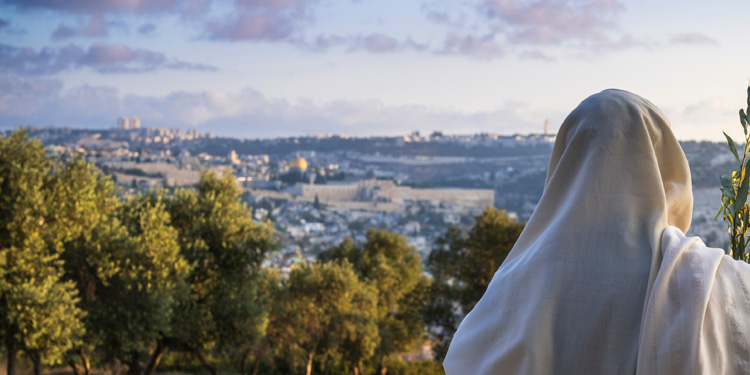 “Take up your positions; stand firm and see the deliverance
the Lord will give you, Judah and Jerusalem.”
2 Chronicles 20:17b

The world is changing. The immediate future is shrouded with uncertainty. Yet this we know with absolute confidence: the God of Israel is unchanging. He is the same yesterday, today and forever. His promises are unrevoked and His faithfulness towards His people is enduring.

We have confidence that God will win the battles before us, but we are not called to sit idly by. The Bible says that God has set watchmen upon the walls of Jerusalem for this very purpose. Their mandate is to “never hold their peace day or night.” We must watch, warn and prepare.

For a present-day illustration, the British defence secretary recently explained the shift in world alliances and how the time for peace is ending. He said, “The threat is growing and is global and multi-domain. It is now time to signal that the peace dividend is over, and investment needs to continue to grow before it becomes too late.”

We are seeing the threats against Israel grow. Russia’s aggression in Ukraine has caused a rift with Israel, it is both increasingly hostile to Israel but also actively seeking new alliances with countries like Iran. The Iranian regime itself is continuing its destabilising behaviour in the region along with its desire for nuclear weapons which it vows to use against Israel. In addition, Iran’s terror proxies such as Hamas and Hezbollah are strengthening their arms and intensifying their aggression towards Israel. Closer to home, Israel is seeing a renewed belligerence from Palestinian terror cells
in Judea and Samaria. Israel is surrounded by threats on every side, and it seems those threats are growing.

As the defence secretary stated, investment in defence is crucial for any nation’s military to be effective. Investment is needed because threats grow, but also because threats change. In a spiritual sense, we need to ask ourselves, what are WE doing to be effective defenders of Israel? Are we investing in prayer for Israel? Are we watching events with our Bible open? Are we spending time in God’s Word to ensure we are spiritually awake and equipped to stand firm in these times? As 2 Chronicles states above, we must attend to preparation by taking up our positions and standing firm.

In 2 Chronicles, we read that King Jehoshaphat was facing imminent invasion of Judah causing him to cry out to God for help: “We have no power to face this vast army that is attacking us. We do not know what to do, but our eyes are
on you,” (Verse 12).

In verse 15, the king received his answer, “Do not be afraid or discouraged because of this vast army. For the battle is not yours, but God’s.” Even though God promised victory, the people of Judah were still required to do their part. In verse 17, God commands them to, “take up your positions; stand firm and see the deliverance the Lord will give you.”

We must fix our eyes on the One who promises to defend Israel, the One who neither slumbers nor sleeps. This battle is not ours, but the Lord’s.

At CUFI we believe we are making an investment in defending Israel. Whether it is through our Operation Mordecai campaign, highlighting the threat of Iran towards Israel (and the UK!), fighting against anti-Israel boycotts, standing up to antisemitism, pressuring the Foreign Office to treat Israel properly, making sure Britain defends Israel at the UN, or calling for Britain to move the embassy to Jerusalem – we believe this is all worthwhile investment for the sake of Israel’s defence.

However, like any effective operation, we need people to invest in us so we are equipped and ready to defend Israel “before it’s too late.” It is crucial that Britain defends Israel in the days ahead and through your support, we’re reaching the United Kingdom with the truth about Israel.

Firstly, please pray for CUFI. We want to be effective defenders of Israel and we greatly need and appreciate your prayers over this ministry. Secondly, please prayerfully consider donating to our work by going to www.cufi.org.uk/donate or calling 01793 862 210 (Mon-Fri 9am-5pm).

It is time to take up our positions on the front lines, stand firm in our faith, and see the deliverance of Israel.