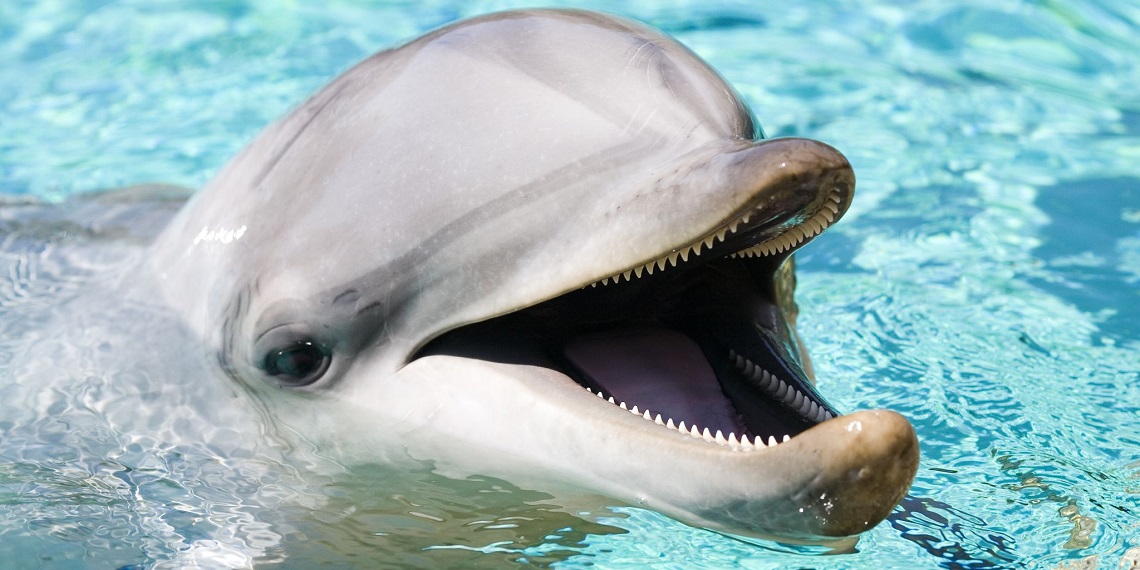 Hamas has captured an ‘Israeli spy dolphin’. According to Arabic newspaper Al-Quds, Hamas’ naval commandos captured the animal during a training mission in the sea off the coast of the Gaza strip.

It was apparently discovered by a naval unit of Hamas’s military wing and brought ashore, however, no photographs of the alleged marine secret agent have been released.

The dolphin was described as an Israeli innovation for the purpose of “assassinating Hamas naval commandos”.  The paper reports the dolphin had been “stripped of its will” and turned into “a murderer” by the Israeli security services.

The article goes on to say that the development of such a weapon shows the extent of Israel’s anger and indignation at the formation of Hamas’ naval combat unit.

Whilst Hamas marks a naval victory over Israel, the rest of the world looks on with amusement. Surprisingly, this kind of ‘zoological conspiracy theory’ is not a new one. There have been a number of incidents over the years.

In 2010, Egyptian officials accused Israel of carrying out shark attacks in Egyptian waters using remote controlled sharks.  The accusation was that Mossad (Israel’s secret service) was using these sharks in an attempt to affect tourism in Egypt. It was alleged that the GPS tracking device found on one of the sharks was in fact a “guiding device” planted by Israeli agents.

Describing the conspiracy connection to Israel as “sad”, Professor Mahmoud Hanafy, a marine biologist at Suez Canal University, pointed out that GPS devices are used by marine biologists to track sharks, not to remote-control them.

Amr Yossef, Adjunct Professor of Political Science at the American University in Cairo, wrote that this and other similar conspiracy theories result from a misconception among the Egyptian public that Israel is all-powerful. Yossef wrote, “Notwithstanding that such allegations have no factual or logical grounds, no one stops to ask why should an Israel facing serious security challenges (Iran, Hamas, Hezbollah, etc.) busy itself with that kind of stuff.”

In 2011, a griffon vulture with a wingspan of about 8 feet (2.4 m) was caught by a hunter in Saudi Arabia wearing a GPS device and a “Tel Aviv University” leg tag. Rumours spread among locals and were repeated in some Saudi newspapers that the bird was sent by Israel to spy on the country.

The reality is that the griffon vulture was part of a project to reintroduce the creature into the mountains of Israel after it came to near extinction. As part of the project, vultures are tagged with radios and labels to keep track of the population.

In May 2012, a dead bird known as a European bee-eater was discovered by villagers with an Israeli leg-band near the south-eastern Turkish city of Gaziantep. The villagers worried that the bird may have carried a micro-chip from Israeli intelligence to spy on the area and alerted local officials. Turkey’s agriculture ministry examined the corpse of the bee-eater and assured villagers that it is common to equip migratory birds with rings in order to track their movements, but not before a Turkish counter-terrorism unit got involved.

In 2013 a similar incident happened again in Turkey, but this time with a kestrel. The bird was described as being an “Israeli spy”, but after undergoing a thorough medical examination, including an x-ray, it was found to contain no electronic devices.

In Britain, like in most countries, if anyone saw a tag on a bird they would automatically assume it was for conservation purposes. However, in June, the Daily Telegraph reported how a British man who lost his shoe accused Zionists of entering his house while he slept and stealing it in order to intimidate him and make him believe he was going crazy…

Whilst these accusations are humorous, it is interesting to note these misconceptions about Israel. For the general public along with media outlets of some of Israel’s neighbors to jump to such conclusions shows the way in which Israel is sadly perceived.