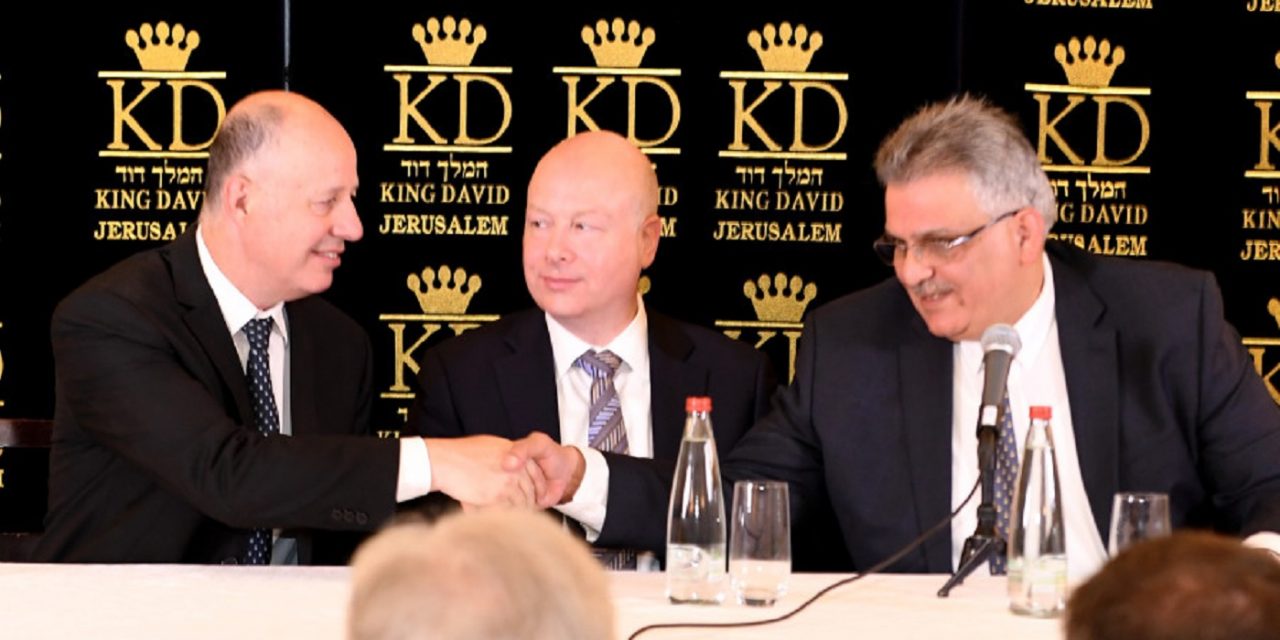 US Special Representative for International Negotiations Jason Greenblatt announced on Thursday that Israel and the Palestinians had reached an agreement concerning the long-discussed Red Sea-Dead Sea Canal, whereby Israel will each year sell 33 million cubic meters of water to the Palestinian Authority to relieve the water situation there.

Greenblatt, at a press conference in Jerusalem with Regional Cooperation Minister Tzachi Hanegbi and PA Water Authority head Mazen Ghuneim, said this agreement and an accord signed on Monday between Israel and the PA that will significantly increase the power supply to Jenin are examples of how the two sides can cooperate to improve Palestinian living conditions.

“Water is a precious commodity in the Middle East,” Greenblatt said.

According to a senior official in the Palestinian Water Authority, Israel agreed to start selling the water to the PA by the end of the year, which is long before the project – expected to take five years to construct – is completed.

The US envoy, who arrived earlier this week for discussion with the Israelis and the Palestinians, said that President Donald Trump has “made clear that working toward a lasting peace agreement between Israel and the Palestinians is a top priority for him.”

The White House issued a statement saying that this “vital deal was reached under Trump’s leadership.”

“The administration has urged the parties to undertake efforts to promote an environment that is conducive to advancing peace, and this new agreement – the second major Israeli-Palestinian agreement signed this week – is another indication that the parties are capable of working together to achieve mutually beneficial results,” the statement said.

Greenblatt, however, cut off any questions in the press conference that dealt with more than the water deal. He said this agreement, and the electricity deal, are examples of “cooperation between Israel and the Palestinians that will lead to economic improvement in the lives of the Palestinians.”

In the span of a week, he said, the Palestinians will benefit from agreements that provide “key improvement in the areas of water and electricity.”

Hanegbi said that the agreement with the Palestinians “allows us to launch the Red-Dead Project that is a crucial project for Jordan, for Israel and for the Palestinian Authority.

“It will supply significant amount of water to Jordan, to Israel and to the Palestinians,” he said. “It will help us challenge the biggest problem the Dead Sea is facing – the evaporation of a meter a year – and it will also harness green energy.”