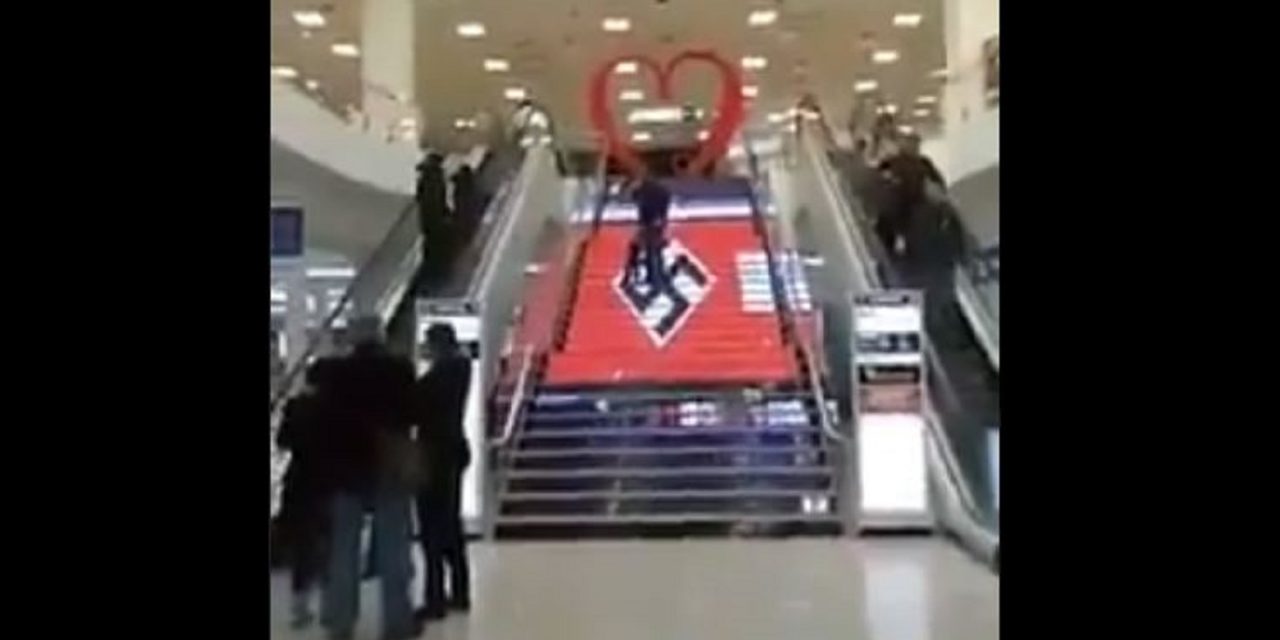 A major shopping centre in Kiev, Ukraine, has caused upset after displaying a huge Nazi swastika on its central staircase, in what managers claim was a malicious act.

The centre’s stairs are quipped with a special LED backlight that is normally used for projecting messages and advertising to shoppers, but visitors were shocked last week to find it displaying a swastika placed on a white square and red background.

A video taken by one shopper on Saturday 16 February shows many people, including parents and children.

Management of the “Gorodok Gallery” shopping centre has explained that the incident occurred as a result of the system being hacked and has apologised.

“Our computer system has been hacked by a hacker attack, we are not the first to be hurt by attackers, the administration and employees have nothing to do with the information on the LED stairs, and in no case do they support such actions. We are actively looking for people involved in this attack,” a statement read [translated].

The display appeared in the mall several hours before Ukrainian nationalists marched through central Kiev, according to Eduard Dolinsky, director of the Ukrainian Jewish Committee.

Some 100,000 Jews were slaughtered by the Nazis and their local collaborators at Babi Yar, a ravine in Kiev, during the Holocaust in World War II.

Less than a week ago, a memorial wall at the Jewish cemetery in Kolomiya, Ukraine was vandalized with anti-Semitic grafitti.