Rabbi Marvin Hier, the Jewish Rabbi who prayed at President Donald Trump’s inauguration on Friday, has become the victim of hundreds of anti-Semitic tweets.

The prayer over President Trump and the United States also contained the words of a Psalm, referencing Zion and Jerusalem, which we feel are very much in line with Trump’s stance on Israel.

“By the rivers of Babylon, we wept as we remembered Zion… If I forget thee, O Jerusalem, may my right hand forget its skill. The do-er of all these shall never falter,” Rabbi Hier said in his prayer, the words taken from the Biblical Psalm 137.

After delivering the prayer on Friday afternoon, the 77-year-old rabbi became the target of hundreds of racist and antisemitic messages on social media.

Below are some screenshots of just a few of them (including offensive language): 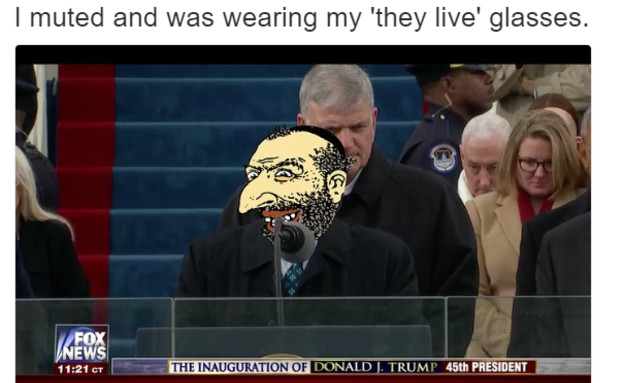 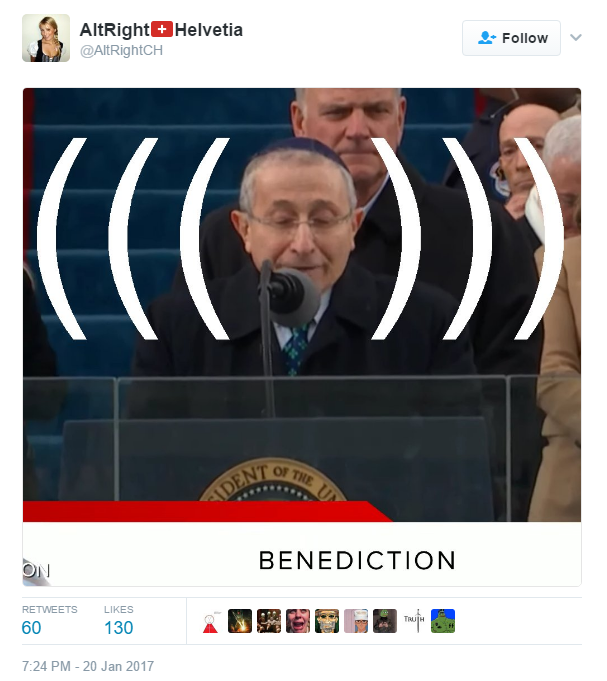 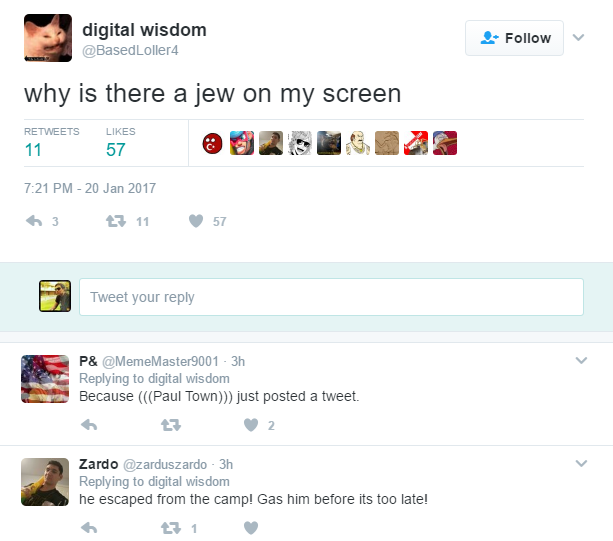 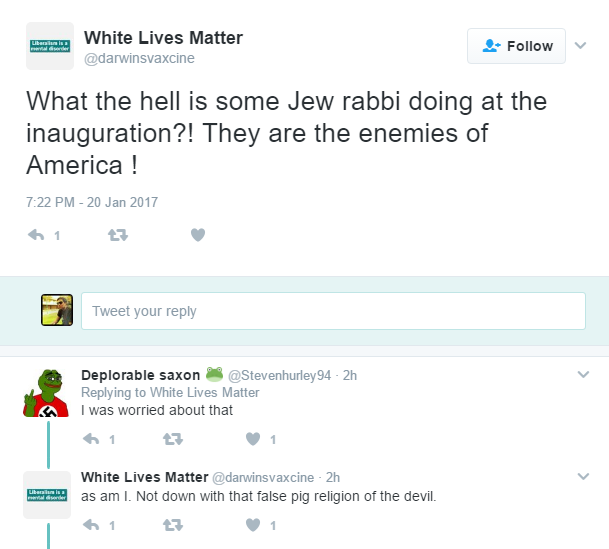