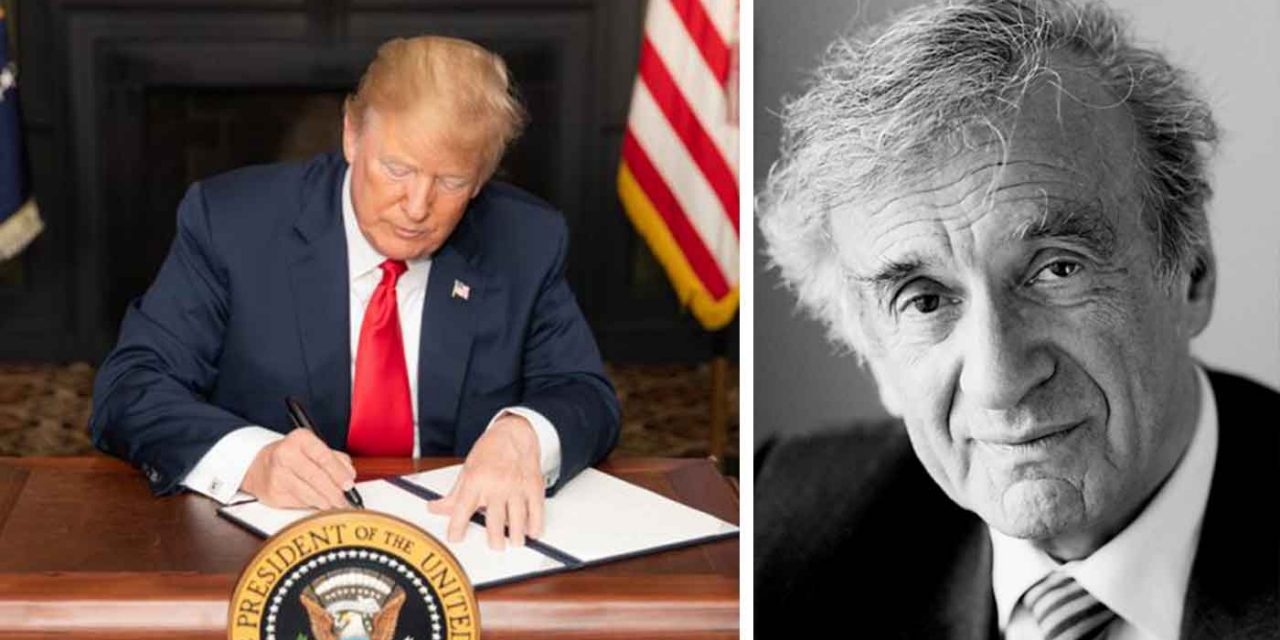 US President Donald Trump on Monday signed into law bipartisan legislation named for the late Holocaust survivor and Nobel Laureate Elie Wiesel, the White House announced in a statement.

The Elie Wiesel Genocide and Atrocities Prevention Act aims to improve the US response to emerging or potential genocides and passed final votes last month in the Senate and the House of Representatives.

The act ensures that the official policy of the United States deems the prevention of genocide and other crimes a matter of national security interest.

It establishes an interagency Mass Atrocities Task Force and encourages the director of national intelligence to include information on atrocities in the annual crime report to Congress. It also enables training for US Foreign Service officers on detecting early signs of atrocities.