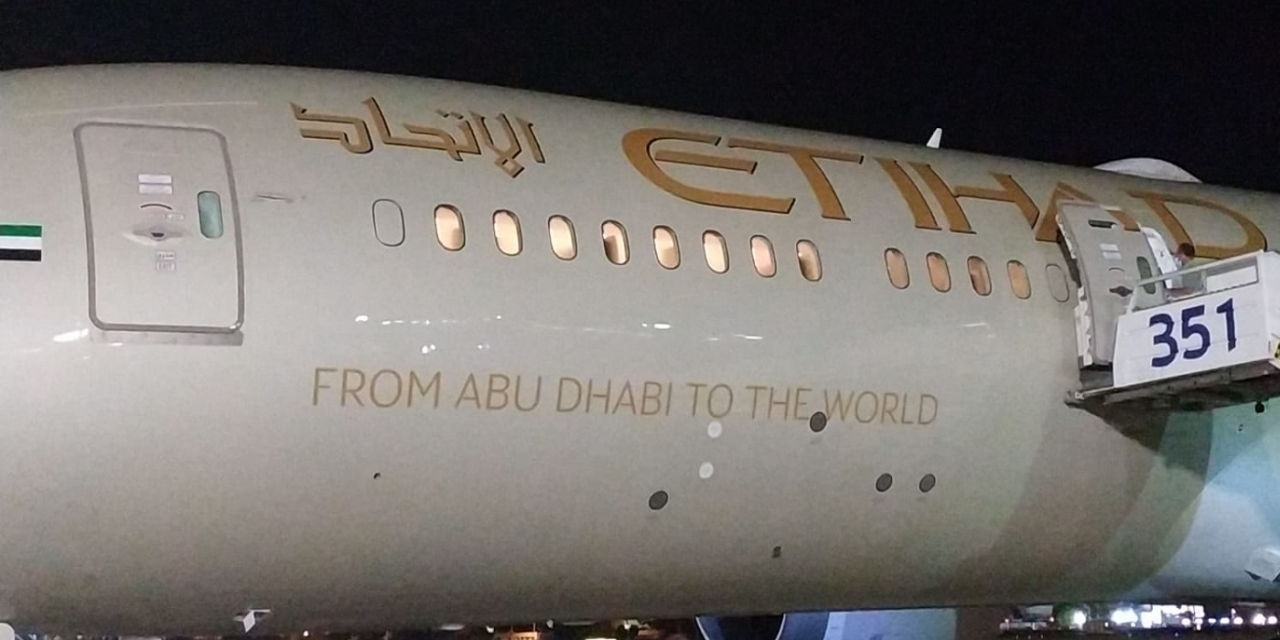 An Etihad Airways cargo plane carrying aid from the United Arab Emirates to help the Palestinians combat the coronavirus pandemic landed in Israel on Tuesday, Israel’s Foreign Ministry said. It was the second direct commercial flight flew between the two countries in a month.

The Palestinians refused to accept the aid that arrived on the first flight.

But the Palestinian leadership rejected the shipment, claiming it hadn’t been coordinated with the Palestinian Authority in what appeared to be another self-destructive political maneuver.

Israel’s Foreign Ministry said in a statement Tuesday that “the aid [in the second shipment] will be transferred to Gaza and the [Palestinian Authority] by the UN and COGAT,” Israel’s military body coordinating with the Palestinians. It said the plane’s arrival was coordinated with Israeli authorities.

Proud of @IsraelMFA's role in facilitating the arrival of the @etihad cargo plane which landed in 🇮🇱 after flying from #AbuDhabi, carrying humanitarian aid to the Palestinians.

We hope that future ETIHAD flights landing here will be carrying #UAE tourists.

The two flights have delivered some 16 tons of material, including personal protective equipment and around 15 ventilators, in response to an appeal led by the United Nations for the Palestinians in the wake of the COVID-19 pandemic, a U.N. official said.

Last month’s flight marked a moment of cooperation between Israel and the UAE after years of rumored back-channel communications over the mutual concerns about Iran and other matters.

While the UAE, home to Abu Dhabi and Dubai on the Arabian Peninsula, has no official diplomatic ties with Israel, Palestinian officials are concerned the flights are a step toward what they call “normalization,” which refers to the increasingly warm ties between Israel and Arab countries such as the UAE and Saudi Arabia.