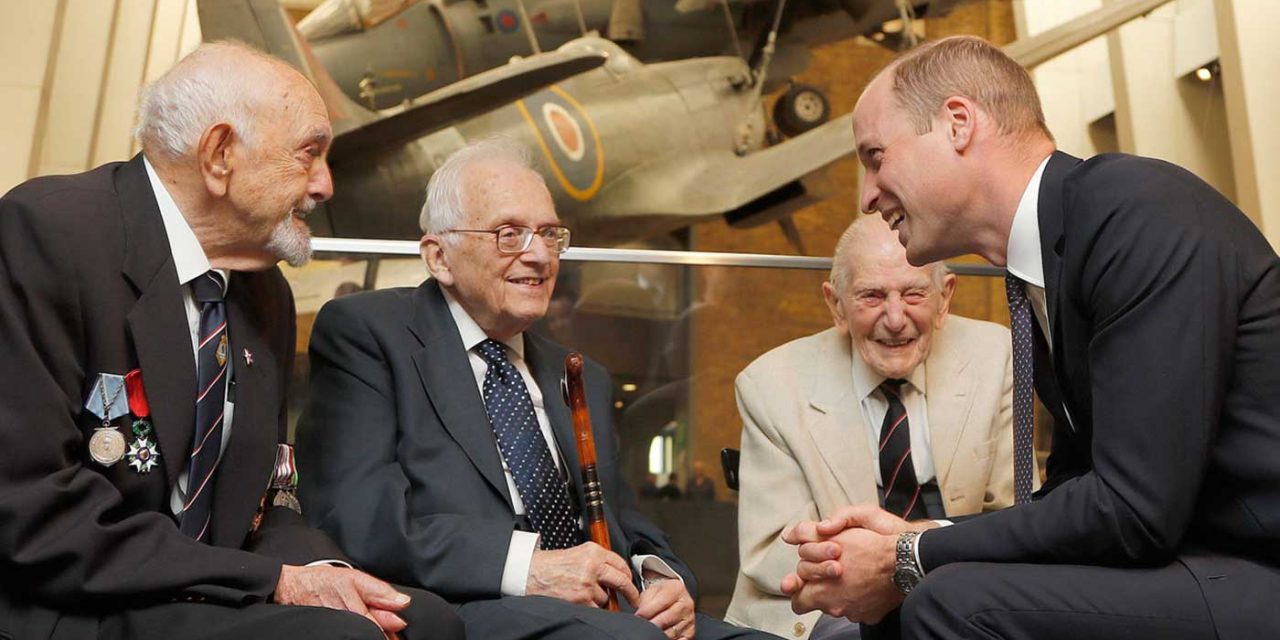 Prince William, the Duke of Cambridge, visited the Imperial War Museum (IWM) on Wednesday and met with a Holocaust survivor and two veterans of World War II, hearing their stories and learning of the future plans of the museum.

The Duke, who is President of the Imperial War Museum, learned about the second phase of the museum’s £33 million transformation.

During his visit, the Duke heard three remarkable stories from Ted Cordery and John Harrison who served on HMS Belfast during the Second World War, and Freddie Knoller, who took part in the French Resistance.

When he was discovered, Freddie was arrested in October 1943 and sent to Auschwitz, the German Nazi concentration camp. He was later sent to Monovitz and Bergen-Belsen before being liberated by British Forces at the end of the war.

Freddie was captured for being Jewish, however, he managed to survivie by stealing the patch and number of a dead French prinsoner of war. He then could tell the Nazi prison gaurds that he was a prisoner of war, not a Jew. He believes this is what saved his life.

Read more about The Duke of Cambridge's visit to @I_W_M and these three incredible stories here: https://t.co/x1Tw94vd3W pic.twitter.com/rtYjwvk4g6

John Harrison, who has recently celebrated his 103rd birthday, was among the first crew to join HMS Belfast when it was commissioned in 1939. He was a Petty Officer in charge of the forward-most gun turret of the ship during World War II. He managed to survive when a magnetic mine his the ship in the Firth of Forth.

Ted Cordery was a leading torpedo man on HMS Belfast when she became a Flagship of Bombardment Force E, leading ships into position on D-Day on 6 June 1944.

The Imperial War Museum London tells the stories people who lived, fought and died in conflicts involving Britain and the Commonwealth since WWI.

Find out more about the Imperial War Museum here.