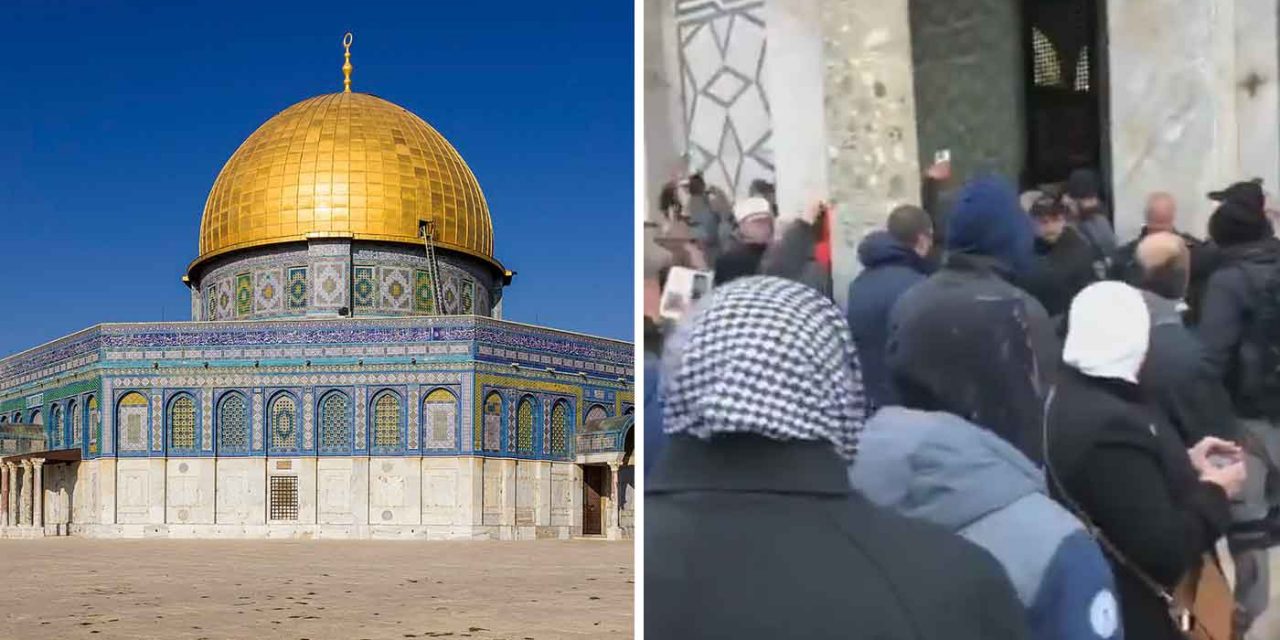 Scuffles broke out at the Temple Mount on Monday after Palestinian guards at the Dome of the Rock shrine refused to allow an Israeli policeman to enter for a routine security check because he was wearing a yarmulke.

Firas Dibs, a spokesman for the Waqf Islamic authority that oversees the site, said dozens of worshipers scuffled with police after the guards closed the doors to the mosque, preventing anyone from entering. He said the director of the mosque was lightly wounded.

“This morning a number of local individuals on the Temple Mount closed and locked the doors of the Dome of the Rock, preventing police from entering. Police units remained at the scene outside until the doors were opened several hours later from those who had locked the doors,” police said in a statement.

Five people were detained for questioning, the statement added.